While it is normal for both adults and children to have nightmares, these should not be confused withsleep terror disorder, a psychological problem that is very distinct from bad dreams. Unlike bad dreams, sleep terror disorder is likely caused by increased brain activity and there are treatment options available for it.

What is Sleep Terror Disorder?

Sleep terror disorder is a type of parasomnia which typically occurs in children but can be present in adults as well.

According to the Diagnosis and Statistical Manual of Mental Health Disorders (DSM-IV), a sleep terror disorder diagnosis must meet these criteria:

The Difference between Sleep Terror Disorder and Nightmares: 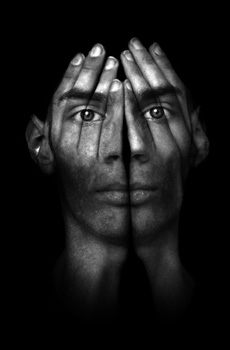 While nightmares may share some of the characteristics of sleep terror disorder, there is evidence showing that the two are neurologically different. Nightmares will only occur during the rapid eye movement (REM) period of sleep which typically occurs about 90 minutes after falling asleep. Sleep terror disorder occurs during the period of sleep right before REM: sleep stage 4. This is the deepest stage of sleep and it is difficult to awake a person from it.

People experiencing nightmares will typically be cognitive and responsive immediately after waking from the nightmare. They will often remember the nightmare clearly. With sleep terror disorder, the person will be unresponsive to any comforting after the episode, even though he or she seems awake. While the person may appear awake and have open eyes, he or she still has not awoken from the sleep cycle. Lastly, it is uncommon for people with sleep terror disorder to remember the specific terror whereas nightmares are often vividly recalled.

Some experts believe that sleep terror disorder occurs in children because of delays in neurological development in which the brain has to “catch up” to the sleep cycles.

People with sleep terror disorder will suddenly wake up from sleep with physical symptoms of fear, such as: screaming, sweating, fast breathing, and fast heartbeat. They may also feel confused and not be able to explain what has happened. Some people experience hallucinations in the period before becoming fully awake. Many people who have experienced sleep terrors will say that the experience is much more frightening than the worst of bad dreams.

How Common is Sleep Terror Disorder?

When to Seek Treatment for Sleep Terror Disorder?

How is Sleep Terror Disorder Diagnosed?

Sleep terror disorder can typically be diagnosed by reviewing the patient’s description of the episodes, medical history and current health status. If the physician suspects that another problem could be causing the sleep terrors, then other tests may be performed. These tests may include brain imaging scans or a polysomnography (test for respiratory function during sleep). If the sleep terrors continue, then the patient may need to undergo psychological examination.

In severe cases of sleep terror disorder, prevention methods may be necessary. Prevention usually involves waking the person approximately 15 minutes before the terrors usually occur. It is also important to make sure that the sleeping environment is safe so that the sleeper does not injure him/herself when waking in a terror.