The Difference Between Schizoid and Schizotypal

Two very similar mental health conditions, schizoid personality disorder and schizotypal personality disorder, are actually separately occurring issues with different signs and symptoms. They are also not the same as schizophrenia, although they contain similarities to that disorder as well. The differences between schizoid and schizotypal individuals are fine but important and easy to recognize once you come to understand them.

We can help you find treatment for personality disorders. Call 800-598-5053 (Who Answers?) toll free today.

According to the NLM, “Schizoid personality disorder is a mental health condition in which a person has a lifelong pattern of indifference to others and social isolation.” It can be very difficult for the individual to go out to social gathering places; in fact, they may avoid these activities altogether. They will not even want to develop close relationships with family members or those they’ve known for a very long time.

This can cause the individual to “appear aloof and detached” because their personality simply does not allow them to become close with others. They can have successful relationships, but these are often centered around work or other activities that do not foster or require emotional attachment. If a person does become closer to an individual with this disorder, it may be especially necessary that they do not put many demands on the individual for intimacy. This is the main crux of schizoid personality disorder. 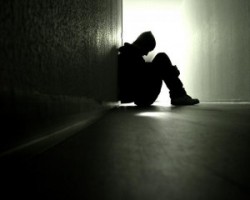 These personality disorders are characterized by difficulties relating to others and organizing thoughts.

However, the NLM defines schizotypal personality disorder as “a mental health condition in which a person has trouble with relationships and disturbances in thought patterns, appearance, and behavior.” While a schizoid individual may just be detached from others, schizotypal individuals show signs of

This odd behavior can cause them to have trouble relating to other individuals, and they will likely not have close friends, making the disorders seem very similar at first glance. While schizoid personality disorder is not defined by these types of strange beliefs and behaviors, schizotypal individuals will often show signs of them. However, it is important to note that schizotypal people do not experience the hallucinations, delusions, or disconnection from reality that schizophrenics do.

It is important that these two disorders are distinctive as well as classified separately from schizophrenia. The three contain enough differences from one another that it is important they are considered to be their own disorders. They are all categorized together, though, as cluster A disorders.

According to a study on Cluster A personality disorders, they are generally “marked by odd and eccentric behaviors and are grouped together because of common patterns in symptomatology as well as shared genetic and environmental risk factors” (NCBI). They are distinct from one another, however, with schizoid personality disorder being defined by its symptoms of distinct social discomfort and inability to cause emotional attachment but not by the odd behavior and strange thoughts caused by schizotypal personality disorder.