Overview of the Various Types of Personality Disorders

According to Muhlenberg College, as much as 15 percent of the American adult population seeks out mental health services within any given year. While not as severe as psychotic conditions, personality disorders can have debilitating effects in peoples’ lives.

Personality disorders may result from any number of genetic, environmental and physical causes. In general, personality disorders fall into three basic categories or ‘clusters’ – cluster A, cluster B and cluster C – based on the overall effects of each category’s symptoms.

According to the American Psychiatric Association, the DSM-V recognizes 10 distinct personality disorder types:

Each personality disorder type carries its own set of traits and impairments. In turn, each type falls within one of three cluster groups. 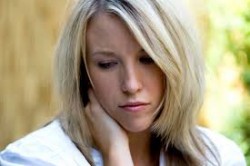 Odd, bizarre and eccentric perceptions and behaviors characterize the personality disorders that fall within the cluster A category.

Cluster A personality disorders include:

Personality disorders leaning more towards dramatic and/or erratic behavior displays fall in the cluster B category. These conditions include:

Avoidant personality types have an extreme fear of criticism and rejection to the point where a person will avoid or withdraw from social encounters altogether. Dependent personality types rather need the approval and opinions of others to feel fulfilled and validated. People affected by obsessive-compulsive personality have an intense need to control their environment as well as the people around them. Without this control, a person experiences a level of anxiety that makes it difficult to function normally in everyday life.