Can Having a Mental Disorder Lead to Drug Abuse?

As stated by the US Department of Health and Human Services, “Mental health problems can sometimes lead to alcohol or drug use.” In fact, those who live with mental disorders often have a higher chance of becoming a drug abuser than those who do not. Therefore, it is important to be treated for mental disorders before they lead to this issue if possible or in conjunction with drug abuse problems.

Why Do Mental Disorders Lead to Drug Abuse?

A person may abuse drugs for many reasons because of a psychological issue or illness.

It is important to remember that many risk factors occur for addiction and drug abuse, and the more one has, the more likely they will be to become addicted as well. According to the National Institute on Drug Abuse, “predisposing genetic factors” can even “make a person susceptible to both addiction and other mental disorders or to having a greater risk of a second disorder once the first appears.”

If I Have a Mental Disorder, How Can I Avoid Drug Abuse?

Individuals suffering from psychological and emotional conditions like those mentioned above can avoid the possibility of drug abuse and addiction by both limiting their use of mind-altering substances and seeking treatment for their mental disorders. If you are able to attend behavioral or psychotherapy for your anxiety, depressive, or another type of disorder, you minimize the likelihood that you will turn to drugs as a coping mechanism or that your mental state will otherwise affect your decision to abuse drugs.

Still, if you have already begun abusing dangerous substances in order to cope with the symptoms of your disorder, you must seek treatment for both issues immediately. Behavioral therapy can be very beneficial in treating both addiction and substance abuse issues and other psychological illnesses. If both of these issues are treated at the same time, you will likely achieve a stronger recovery where neither issue leads to relapse than if they were treated separately.

If you have more questions about mental disorders, how they affect one’s likelihood of substance abuse, and where you can find treatment for these issues, call 800-598-5053 (Who Answers?) today. We can help. 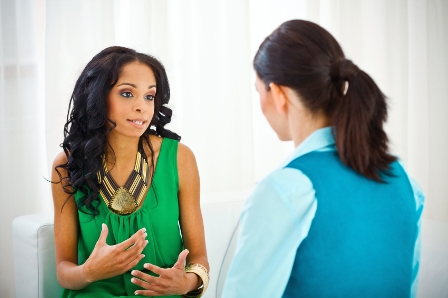 Mental health disorders can either lead to substance abuse or be caused by it. Treatment is required in either case.