Stereotypic Movement Disorder is a type of condition that generally occurs during childhood and is characterized by non-functional motor behavior which is persistent and repetitive in nature1. Such behaviors include head banging and persistent hand waving, and these activities tend to interfere with the normal actions and activities that one performs every day, hence increasing the risk for injury.

Usually this disorder tends to persist for 4 weeks and in some cases, more than that as well. The condition is an independent disorder and for a confirmed diagnosis the behaviors that occur in this condition should not result from the effects of any underlying medical condition, or due to the influence of certain drugs and substances.

In the presence of mental retardation, the injuries that are caused due to Stereotypic Movement Disorder can be very severe and this is why they become the main focus of the treatment that is given to the patient. It is important to note that this condition cannot be termed as a compulsion, as such in case of Obsessive Compulsive Disorder. The former name for the condition with a childhood onset and repetitive behavior that had the potential to cause some form of impairment to the child was Stereotypy/Habit Disorder.

In adults, Stereotypic Movement Disorder is seen due to drug use. This usually resolves on its own. If the stereotypic movements are due to head injury, the disorder can be permanent. The movements don’t tend to progress to other disorders such as seizures.

Some of the most common movements and behaviors that occur persistently during an episode of this condition include: 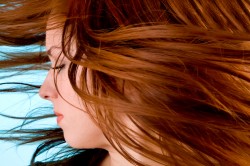 These habits and movements can either be benign behaviors such as the biting of nails, or they can also be self injurious and visibly notable for instance the grinding of teeth, also known as bruxism. Most of these behaviors are considered to be normal parts of the development of the child and thus can be termed as benign. They do not arise to a level that can be deemed a disorder and usually fade away without any form of treatment or medication. In case these behaviors result in some form of impairment in the normal functioning of the child, investigations and evaluation necessary for the diagnosis of Stereotypic Movement Disorder are warranted.

It is important to note that there are no tests or investigations that are specific for the diagnosis of this particular disorder. Certain tests are conducted however, so that various other underlying conditions may be ruled out. There are various different conditions that can lead to symptoms such as repetitive behaviors for instance, Trichotillomania, Obsessive Compulsive Disorder, and Tourette Syndrome, which are also known as the tic or vocal disorders.

Another important factor to note is that this disorder commonly affects children who suffer from mental retardation or various other disorders that can affect their normal development. This factor however, is not essential to frame a definitive diagnosis of the disorder. The disorder can occur at any age and affects boys more commonly than girls. The exact etiology or the cause of the disorder is still unknown. The condition is recognized by the DSM-IV as a separate disorder2.

Often, Stereotypic Movement Disorder is misdiagnosed as Tourette’s Syndrome, also known as Tics Disorder. It is important to consider that the symptoms of the latter appear in a child during the 6th or 7th year of life, whereas in case of Stereotypic Movement Disorder, the symptoms may appear even before the child is two years old. The severity of the disorder forms the basis of the prognosis, and the early detection of the symptoms can actually reduce any chances and risks that self injury poses to the health of the child. Medications can be used for different forms of self injury that is caused by the disorder. This disorder is also being added to the fifth revision of the DSM-V which will be released in the following year. The condition can be diagnosed by a doctor usually by a physical exam. Tests to rule out other conditions should be done.

The treatment depends upon the specific symptoms and the age of the patient.  The surrounding environment of the child will have to be altered so that the child may not cause injury to himself. The most successful treatments have been Behavioral Therapy and Psychotherapy. In some cases mediations are needed such as Naltrexone. These help with the symptoms of the condition. Antidepressants have also been successful in treating the condition but cannot be given to children due to adverse effects.