The Effects of Chronic Cocaine Use

Maybe it started as a purely social thing; one little bump and you could party harder and longer. Maybe you were doing lines to get reports for work produced and sent out in time. Maybe you liked having sex while you were high on cocaine. There are a lot of reasons that people start using cocaine. No one starts using expecting it to become a chronic problem.

But, for many people a little cocaine use quickly becomes a lot of cocaine use. Over time, chronic use takes a toll and a serious one at that.

A lot of the effects are the result of the brain changes that cocaine causes. Other chronic effects come from binges. And still others depend on the method of administration. But, have no doubt, there are effects and the effects are many and they are serious.

If you are afraid of what cocaine is doing to your brain and body and of the things it will do in the future, you owe it to yourself and to your health to stop using. If you need help (and a lot of people do), Disorders.org is prepared and able to help you connect with resources and treatment options. Give us a call at .

Dopamine and the Brain 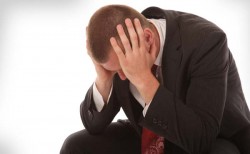 Chronic cocaine use over time will make you more sensitive to the anxiety it causes.

Dopamine is the key component in the process that turns recreational drug use into dependence and abuse. A brain chemical, dopamine has a role in movement, memory, and reward function in the brain. Generally, when you experience a pleasant sensation in life, your brain triggers a release of dopamine. Things like the smell of good food, the touch of someone you love, or hugging your dog can cause a release of dopamine.

In regular circumstances, dopamine is recycled. It releases and then is sent back to the cells that released it. This cycle is a typical reward cycle. Unfortunately, cocaine disrupts the process of recycling. Instead, the dopamine increases and increases until your brain is essentially flooded. This flooding is what gives cocaine its signature euphoric high.

With chronic use, the brain adapts. Your reward system no longer functions normally. The pathways decay. Things that would normally trigger dopamine release no longer do. That means life in general becomes duller and less pleasant.

With this increasing, long-term use, you will become more sensitive to cocaine’s negative effects, like anxiety, convulsions, and toxicity.

You know what binges are. You are familiar with using huge amounts of cocaine frequently. Maybe you needed to stay up all night or simply were trying to get back to the high that you used to love.  But, NIDA warns that binging “can lead to increased irritability, restlessness, panic attacks, and paranoia—even a full-blown psychosis, in which the individual loses touch with reality and experiences auditory hallucinations.” The more you binge, the more you face these risks. Chronic use is legitimately dangerous.

How do you take your cocaine? Do you snort? Inject? Ingest? Every method of chronic use leads to a set of negative side effects. Although, all chronic use, regardless or the method of administration, leads to decreased appetite, large weight loss, and malnourishment.

Chronic snorting of cocaine leads to:

Chronic cocaine use is frequently connected to carious heart troubles, including:

A lot of people use cocaine. The National Survey on Drug Use and Health (NSDUH) estimates that in 2008 there were 1.9 million current (past-month) cocaine users If you are one of these, you are likely already experiencing some of the health effects that accompany chronic cocaine use.  If you are ready to improve your overall health and protect yourself from additional health complications, it is time to contact Disorders.org at .