Cocaine and Your Brain

You know cocaine. It is a powerful stimulant that keeps you alert, energetic, talkative, and euphoric. On cocaine, you are the belle of the ball. You don’t need to eat; you don’t need to sleep; and you can party all night. You can also work all night if that is what you use it for. Maybe it helps you perform intellectual tasks more quickly.

Unfortunately, the same things that make you love cocaine will, over time, make you hate cocaine. It literally changes how your brain functions and that leads to increased tolerance, dependence, and abuse.

IF you are tired of letting cocaine boss you around and you are concerned about the health of your brain, you owe it to yourself to get clean and to get clean, you need help. Disorders.org would like to help you by connecting you to resources and treatment options. Give us a call at . 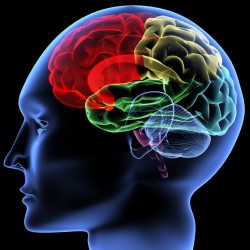 Cocaine alters the dopamine cycle in the brain, and over time causes permanent damage.

Cocaine affects your central nervous system; according to the National Institute on Drug Abuse (NIDA), it “increases levels of the neurotransmitter dopamine in brain circuits regulating pleasure and movement.”

Usually, neurons release dopamine when they encounter a particularly pleasant thing and wish to signal a reward. Some things that might trigger the release of dopamine include a great kiss, yummy smelling food, and a beautifully sunny day. Dopamine then gets recycled back into the cell that made and released it; the recycling shuts down the signal between neurons.

Cocaine interrupts the dopamine cycle and prevents it from being recycled. This means that the released dopamine begins to back-up and build-up. This build-up amplifies the dopamine reward cycle, which impairs the brain’s communication. Thanks to this process, cocaine floods the brain with dopamine and that causes the high.

Overtime, this disruption of the brain’s dopamine cycle causes long-term changes in the functioning of the reward cycle of your brain.  It also affects other systems and this combination leads to addiction.

The brain begins to associate cocaine with reward and it makes a memory of the drug and the environments and people that combine with cocaine to create a high.  Every time you end up with those people or in those places, your brain will want to get high.

Additionally, over time, tolerance develops, and it takes more and more cocaine to trigger that reward cycle. The brain will want the reward, but you will have to work to get it. Instead of rewarding you for a little cocaine, your brain will punish you for not enough cocaine.

If you choose to counter this tolerance by upping the amount of cocaine you take, the NIDA reports you “increase the risk of adverse psychological or physiological effects.”

Recently, John Hopkins researchers worked with the brains of mice and discovered that high doses of cocaine do kill brain cells by triggering the cells to “literally digest their insides”—a process called autophagy.

Search also s that the process occurs in in the cells of mice whose mothers are given cocaine during pregnancy.

Autophagy is apparently a normal cellular process that the brain needs for clean-up. It rids cells of built-up debris. Cells fill up with bags of trash. These bags meld with other bags and the acids in them destroy cells. But, it is only when the process is amplified that it causes cell death. Cocaine causes amplified autophagy.

“A cell is like a household that is constantly generating trash,” says Prasun Guha, Ph.D., postdoctoral fellow at Johns Hopkins and lead author of the paper. “Autophagy is the housekeeper that takes out the trash — it’s usually a good thing. But cocaine makes the housekeeper throw away really important things, like mitochondria, which produce energy for the cell.”

If you are ready to stop cocaine’s hold over your brain and get your life back in order, it is time to contact Disorders.org at .