Safe Medications for the Treatment of Childhood Bipolar Disorder

Childhood bipolar disorder has become more and more evident through the years and is still being studied and evaluated to find the best treatment options. Although many adults have been diagnosed with bipolar disorder, when it comes to medication, dosages and types of medication have to evaluated and tested before they can be approved for the safety of children.

According to www.nimh.nih.gov, bipolar disorder, also known as manic-depressive illness, is a brain disorder that causes unusual shifts in mood, energy, activity levels, and the ability to carry out day-to-day tasks. Symptoms of bipolar disorder are severe. They are different from the normal ups and downs that everyone goes through from time to time. 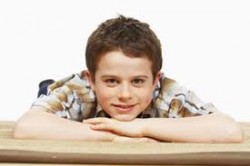 There are medication therapies that can help balance your child’s moods!

Bipolar disorder is a lifelong illness and once a person is diagnosed with it they will have if for the rest of their life, but there are treatments for the disorder that greatly help decrease the symptoms of the disorder.

Childhood bipolar disorder now plagues the lives of numerous children and adolescents. Many of the same medications that are given to adults for bipolar are given to children, but the dosages are very different and some of the medication for adults is not acceptable to give to children. It is extremely important for a child to be professionally evaluated by a professional psychiatrist so that the psychiatrist can figure out the best medication for the child to take for their symptoms.

According to the National Alliance of Mental Illness’s website, www.nami.org, there are medications that have been FDA approved for use in teens with bipolar disorder. Those drugs that are FDA approved were studied for effectiveness in short-term studies, which means that they do not understand the positive impact and side effects of longer term use.

According to NAMI the following are medications that have been evaluated and approved by the FDA:

Several of the atypical antispychotics—aripipazole (Abilify), quetiapine (Seroquel) and risperidone (Resperidol)—have FDA approval for bipolar disorder in youth ages 10 to 17. Olanzapine (Zyprexa) has FDA approval for youths ages 13 to 17 with bipolar 1 disorder.

Lithium, which is a mood stabilizer that is not an antipsychotic, also has FDA approval for youths aged 12 to17. All of these compounds have important side effects that can include weight gain, increased cholesterol and diabetes risk for the antipsychotics. Lithium has risks in thyroid and kidney side effects. More needs to be learned about the safe and effective use of these medications over time in youth with bipolar disorder.

On the contrary, the use of anticonvulsants such as valproic acid (Depakote) and topiramate (Topamax) are NOT FDA approved for use in youth with bipolar disorder.

Childhood bipolar disorder can be very complicated and stressful for children to deal with and it is important to note that there are no FDA approved medications for youth under age 10. It is important for parents to seek out professional help for their children who have childhood bipolar disorder and follow the instructions of the child’s psychiatrist to help the child deal with the symptoms of the disorder to the best of their ability.