What are the Treatments for Borderline Personality Disorder?

Personality disorders, in general, function as ingrained components within a person’s overall perspective towards self and others. These conditions also influence how a person interacts with others. Borderline personality disorder in particular is marked by a pervasive pattern of instability that underscores a person’s emotional displays and relationship interactions.

Treatments for borderline personality disorder work to help those affected gain a healthier perspective towards self and others. In some cases, medication treatments may also be needed to alleviate specific symptoms resulting from BPD and/or other co-occurring psychological conditions. 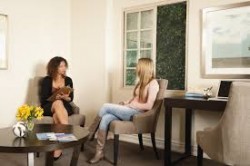 Counseling and psychotherapy are the first line of treatment for BPD.

Other traits commonly associated with BPD include:

Instability, in and of itself, predisposes a person to developing other psychological problems. Likewise, borderline personality sufferers tend to have high rates of anxiety, depression and substance abuse disorders. As can be expected, this amount of inner/outer turmoil predisposes a person to self-harming behaviors, such as cutting and even suicide attempts, according to the National Institute of Mental Health.

Dialectical behavior therapy uses mindfulness practices to help clients become awareness of destructive thought and behavior patterns. Cognitive behavioral therapy works to replace destructive belief systems regarding self and others with a healthy mindset. Schema-focused therapy combines the principles of CBT with a “schema-based” approach that addresses how clients view or perceive themselves.

While psychotherapy can help BPD sufferers resolve many of the issues that fuel the disorder’s symptoms, trust issues make it difficult to develop a genuine rapport within the therapist-client relationship. Therapists with experience in treating BPD often fare better than those without.

Unlike depression and anxiety disorder treatments, there are no known or approved medications for specifically treating borderline personality disorder. However, medication treatments do exist to treat specific types of symptoms.

For some people, co-occurring depression and anxiety disorders make it difficult for BPD sufferers to gain any real benefit from psychotherapy. In these cases, medications can be prescribed to treat symptoms brought on by depression and anxiety disorders. Anti-psychotic medication treatments can also be used to help address the disorganized thought patterns that underlie psychotic-type symptoms.