Is My Teen Showing Signs of Antisocial Personality Disorder?

Considering how society and lifestyles have changed over the years, the teenagers of today are fairly different from the teens of 20 and 30 years ago. Today’s teens face a myriad of stressors and challenges that otherwise didn’t exist in previous decades.

According to Bryn Mawr College, antisocial personality disorder exists as the most common personality-based disorder with an estimated two to three percent of people affected at some point in their lives.

While antisocial personality disorder does fall under the adult classification, the traits that characterize antisocial tendencies typically start to manifest during the teenage years.

Teenagers affected by this condition generally display maladaptive behaviors borne out of an overall coldness and disregard for the well-being of others. These behaviors typically go against the grain in terms of accepted societal norms where teens may manipulate, violate and/or exploit the rights of others. 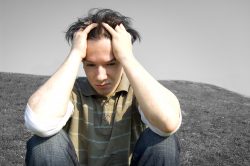 Teens with antisocial personality disorder have a low tolerance for frustration.

Teenagers showing antisocial personality disorder traits tend to have a cruel streak. Teens may appear arrogant and have a low tolerance for frustration. Poor impulse control is also common. In cases where a teenager wants something, he or she can display chameleon-like qualities in terms being incredibly charming and pleasant for the purpose of getting what he or she wants.

According to the U. S. National Library of Medicine, other symptoms of antisocial personality disorder include:

Risk factors associated with antisocial personality disorder traits involve most every major area of a teen’s life, including school, peer groups and overall lifestyle, according to the Canadian Journal of Psychiatry.

Unless a teen is motivated to perform well in school, episodes of tardiness and absences will likely prevail. Under these conditions, a teen will tend to gravitate towards other like-minded peers, which only works to reinforce maladaptive behavioral tendencies.

Also of concern is the high incidence of depression in teens struggling with antisocial personality disorder traits. In effect, problems with impulse control coupled with a low frustration tolerance level can place a teen at considerable risk of suicide when depression becomes an issue. 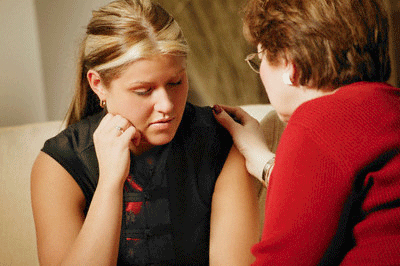 Types of Therapy Used in the Treatment Of Antisocial Personality Disorder

This type of personaity disorder is commonly treated with therapeutic techniques employed in counseling sessions.

When left untreated, teens displaying antisocial personality traits may face imprisonment, become increasingly violent with time and develop substance abuse problems. As forming genuine, positive relationships is especially hard for these teens, the likelihood of “growing out” of these behaviors is slim to nil.

If you suspect your teen may be showing signs of antisocial personality disorder and have more questions, or need help finding available treatment options, please feel free to call our toll-free helpline at 800-598-5053 (Who Answers?) to speak with one of our phone counselors.