Neurobehavioral Disorder Associated with Prenatal Alcohol Exposure are also commonly called Fetal Alcohol Syndrome disorders1. There are different types of FAS disorders these are as follows:

Depending upon the type of clinical manifestations and symptoms, there are a number of terms that are used to define and explain FASDs which have been enlisted as follows:

FAE, or fetal alcohol effects was the term that was used previously to describe the various intellectual problems and difficulties associated with learning and normal behavior found in people whose mothers had a history of excessive alcohol consumption during pregnancy. In the year 1996 however, this term was replaced with ARND or Alcohol Related Neuro-Developmental Disorders, as well as ARBD or alcohol related birth defects. 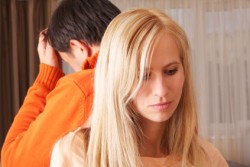 At any time during gestation, as well as during the period before the recognition of pregnancy, if the mother engages in excessive consumption of alcohol the fetus may be exposed to different abnormalities. There are a number of sources that can confirm the exposure of the fetus to high levels of alcohol. Some of these sources include medical records, self report of the mother admitting use of alcohol during pregnancy, as well as some collateral reports.

FASDs develop when a woman takes excessive levels of alcohol at any time during pregnancy2. It is important to understand that no safe limitations have been established for drinking alcohol during pregnancy. There is also no known kind of alcohol which can be considered as safe to be consumed when the woman is pregnant. In order to prevent the development of FASDs, it is important that the mother does not consume alcohol during all three trimesters of pregnancy. Alcohol must also be avoided in case the woman is unsure regarding her pregnancy. This is important to remember because the woman may be unaware of her pregnancy till several weeks of conception. Nearly half of all pregnancies in the US are unplanned, according to surveys, this means that most women become aware of their pregnancies a significant amount of time after the fetus has been conceived. Excessive consumption and high levels of alcohol are dangerous for the fetus at all times during pregnancy. Thus, the only way to prevent birth defects associated with high alcohol levels is the avoidance of alcohol.

The following signs and symptoms can be seen in patients who have been exposed to alcohol during the developmental phase of their lives, whose mothers consumed alcohol. These effects may range from mild levels to severe levels.

Neurobehavioral Disorder Associated with Prenatal Alcohol Exposure usually last a lifetime and there is no known cure for the condition3. Preventive measures exist that warm mothers to avoid alcohol during pregnancy. Early intervention in a child who has fetal alcohol syndrome may help improve the development of the child. Prevention is best and guidance to family members in how to improve the quality of life of the affected child is given by health care providers.