When a major life change occurs, it is normal for people to need some time for adjustment – regardless of whether the change is positive or negative.  If a person is unable to cope with the stress of change, it could be that the person is suffering from the psychological condition of adjustment disorder.

What is an adjustment disorder?

How prevalent is adjustment disorder?

What are the symptoms of adjustment disorder?

The symptoms of adjustment disorder vary greatly and can include symptoms of depressive or anxiety disorders.  These symptoms may include: 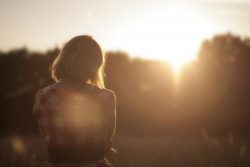 Exhaustion and feeling hopeless are common symptoms of an adjustment disorder.

Adjustment disorder is always caused by a specific stressor.  The stressor can be anything from the loss of a loved one through death or divorce or moving to a new home.  It is important to realize that the severity of a stressor is relative.  What constitutes as a major stress for one person (such as leaving home to go to college) may not be stressful for another person.  Further, a stressor does not have to be a negative experience to cause adjustment disorder.  Positive experiences (such as getting married or winning the lottery) can also lead to adjustment disorders.

How is Adjustment Disorder Diagnosed?

According to the DSM-IV, an adjustment disorder must meet these criteria:

Where can help be found?

In many cases, support from family or friends may be adequate to help a person through adjustment disorder.  However, if the symptoms become severe (such as the person becomes suicidal or engages in destructive activities) and the symptoms do not lessen, then it is best to seek help from a licensed psychologist or psychiatrist.  If the patient is suffering from a specific shared stressor, then he or she may be able to join local group therapy meetings to help deal with the stress.  For example, there are many local group therapy meetings for people going through divorce.

What is the Treatment for adjustment disorder?

Adjustment disorder is most commonly treated with psychotherapy or counseling.  During treatment, the therapist will be able to help the patient understand how the stressor is negatively impacting his/her life.  The goal of the therapy is to help the patient develop better coping skills and also to give the patient an outlet for expressing his/her feelings.  Group therapy can be useful for patients who are dealing with a common shared stressor, such as the loss of a loved one.  Some schools have been known to organize group counseling sessions for new students where they can talk about their emotions related to the chance.