Unique Concerns When Grieving for a Sudden Loss

“There are always two parties to a death,” famed British historian Arnold Toynbee said, “the person who dies and the survivors who are bereaved…and in the apportionment of suffering, the survivor takes the brunt.”

Any loss of a loved one is tragic and painful. But, when death occurs from a sudden, unexpected cause such as an accident, natural disaster, suicide or murder, the reactions of the survivors in coping with their grief are more intense and varied than they may be following a death that occurs after a prolonged illness.

An unexpected loss brings with it factors that do not normally exist when death is anticipated. Not only must the survivors cope with feelings of grief, but they may also have to cope with intrusion into their mourning by the media or with the technicalities and slowness of the criminal justice system. Other factors adding to the burden of an unexpected death are the lack of an opportunity to say goodbye or to plan for the financial future of the family left behind.

No Time to Prepare

Donald Mossman, PhD, director of graduate studies at ConcordiaCollegein Michiganand teacher of a college course on death and dying, identifies another factor, which is often overlooked by sudden loss survivors and their caregivers. Regardless of the cause, a sudden death deprives the survivors of what Mossman calls anticipatory grief. This is the grief that begins when a loved one is diagnosed with a terminal illness. It helps prepare the survivor for the coming loss and reduces the intensity of the psychological reaction to the eventual death. 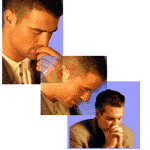 The mind has trouble comprehending sudden, violent death. Deaths involving violence engender frightening feelings in the survivors, ranging from terror to anxiety to powerlessness, making them particularly traumatic. Often the violence of the act resulting in death arouses strong feelings of hostility in the mourner, causing severe internal conflict leading to guilt, shame, or depression.

Family members of someone who has committed suicide also face special burdens. According to Judith M. Stillion, PhD, a professor of psychology atWesternCarolinaUniversity, many family survivors of suicide have higher levels of guilt, shame, and anger than do survivors of sudden loss from other causes. Persons grieving a loss through suicide are often left with questions, such as why their loved ones killed themselves, and what, if anything, they might have done to prevent the suicide. These questions are often unanswerable and can prolong the process of grieving and coming to grips with the loss.

Heart attacks and strokes are major causes of death in this country, and these deaths are often sudden and unexpected. The sudden loss of a loved one, even from these “natural” causes, can be as unexpected and devastating to the survivors as the death of a loved one from a murder or an accident.

What most, if not all, survivors of sudden loss have in common are a series of emotional challenges, including:

Therese A. Rando, PhD, is aRhode Islandpsychologist specializing in loss and grief counseling. She has identified six mourning processes that survivors of any loss must go through in order to achieve a healthy accommodation of the loss. However, Rando acknowledges that survivors of sudden loss often have a more difficult time with one or more of the processes, which she identifies as “the six Rs.”

There Is No “Right” Way to Grieve

Survivors need to be patient with themselves. Mourning is an individual process that should be done at the survivor’s pace and not be dictated by friends or family. Elizabeth K. Carll, PhD, a psychologist specializing in trauma, violence, and family relationships, believes that there is no “cookie cutter” approach to the grieving process.

The HFA, as well as Dr. Carll, debunk the theory that we slowly and predictably recover from grief. The HFA calls grief “an uneven process” with no clear time line. Dr. Carll emphasizes that the circumstances of the loss as well as anniversary dates of the loss are significant for the survivors and should be acknowledged.

The HFA also says that grievers need opportunities to share their memories and grief. They are not best left alone, and they do need support. Do not tell survivors to take their mind off the loss or to keep busy.

Dr. Carll recommends that survivors of sudden loss not dwell on the negativity of the event, but rather turn their response to the loss into a positive, active experience. She suggests that a survivor grieving over the loss of a loved one from an accident campaign for tougher safety regulations. The family of a murder victim could campaign for victim’s rights. And a survivor could positively respond to a sudden loss caused by illness by becoming active in the fight against the disease.

No one experiences or copes with a loss in the same way. But, when the loss is sudden and violent, the emotional and behavioral characteristics are intensified. It is this intensity that must be focused upon so that normal reactions to the psychological trauma of sudden loss do not become the foundation of a dysfunctional lifestyle for the survivors.

Raphael B. The Anatomy of Bereavement .New York,NY: Basic Books; 1983.

RedmondL Surviving When Someone You Love Was Murdered: Professionals Guide to Group Therapy For Family and Friends of Murder Victims . Psychological Consultation; 1989.