Based on a decades-long study of married couples and their children, Robert W. Firestone, PhD, and Joyce Catlett, authors of Fear of Intimacy, believe that self-damning behaviors and attitudes are often passed from parents to children, and that these messages often block true intimacy between adult couples.

For example, shortly after John married Sally, he passionately told her one night he loved her long, blonde hair, especially when it was flowing over her shoulders. John confessed he especially liked her locks just after they made love.

The next day, Sally went to the beauty shop and had her hair cut short. When John saw it, he was shocked and felt like a rug had been pulled from under him. He felt anger start to rise, but then saw how pleased Sally was with the new hairdo and said nothing. But he felt distanced from her.

Later, Sally recalled that as a child her mother frequently told her that she was quiet and ugly. Unbeknownst to Sally, that message stuck with her into adulthood. John’s passionate admiration clashed with the deeply instilled “ugly” message, so Sally unconsciously set out to maintain her unflattering image by cutting her cherished hair. 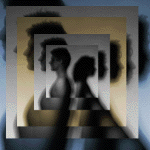 In a child’s mind, the parent is always perfect, so children blame themselves for parental faults and weaknesses, say some experts.

“Small things can last a lifetime,” says Catlett. “Sometimes children just pick up negative attitudes about themselves and about how their parents treat each other.”

“We grow up emotionally guarded and identifying with the powerful people who had control over us,” Catlett says. And, writes Dr. Firestone, “A child might even take on all the anger, aggression, hostility, and even guilt that a parent or caregiver might be feeling.”

Those attitudes, the researchers say, can contribute largely to an adult’s self-image. Often, a child will hear and adopt her mother’s or father’s opinions and continue venting them for life.

Messages commonly passed on to girls may include:

Messages commonly passed on to boys include:

When a child who has heard these messages becomes an adult and selects a mate, that mate often resembles a parent or other significant caregiver. That happens because the person, and his or her personality, is familiar.

Thus, many couples feel they are connected to each other and fall into “we think,” “we are,” and “we like” attitudes. But Dr. Firestone and Catlett say that is actually a fantasy connection.

The cure and eventual intimacy comes when couples start to see their parents realistically as flawed humans with faults and weaknesses, as well as strengths. The next step is to use the same insights on their mates and themselves.

Letting the Beliefs Out

In Dr. Firestone’s book and practice, the key to becoming closer is a technique known as “voice therapy,” in which couples disclose negative attitudes and deeply held beliefs about themselves.

For instance, when Sally got her hair cut short, she could reveal how her family considered her the ugly one. John might disclose that he still puts women on a pedestal and cannot direct anger toward them because he idealized his mother.

Yet another man discovered he had a distorted view of men, women, and his lady love because his mother always said all men were weak, spineless, and had to grovel to cope in the world.

Another school of thought says that couples can become closer by celebrating the differences between them.

Judith Sherven, PhD, and Jim Sniechowski, PhD, a husband and wife team, wrote two books on intimacy, host a radio show, and have a website dedicated to helping people become closer to their mates.

“Our approach is designed to prevent your relationship from becoming sick,” says Dr. Sniechowski. To accomplish this, Dr. Sherven and Dr. Sniechowski provide some hints on simple things you can do to increase intimacy.

Some of the more popular tips include:

Hershey T. Go Away, Come Closer: When What You Need the Most Is What You Fear the Most. Hershey and Associates; 1990.

Sherven J, Sniechowski J. The New Intimacy: Discovering the Magic at the Heart of Your Differences. Health Communications; 1997.