Pica manifests as a type of compulsive eating behavior that involves most any “eatable” material. According to the UCLA Department of Medicine, instances of pica disorder date back as far as the 13th century. Materials ingested can range from various food types to actual non-food materials.

Pica disorder tends to affect certain groups of people, including

Finding help for pica disorder starts with an evaluation process to determine the cause of the condition. From there, health providers draw up a plan that lays out the type of treatment approach that best meets a person’s needs.

As the root cause of pica disorder can vary from person to person, treatment may require medication and/or behavioral therapy. When pica eating behaviors veer towards non-food or harmful materials, the potential for resulting health problems warrants getting treatment as soon as possible.

According to the Ohio University College of Osteopathic Medicine, someone who compulsively eats non-nutritious materials for a month or longer may well be suffering from pica disorder. Causes for pica can be either physical or psychological in origin.

In many cases, vitamin or mineral deficiencies drive the compulsive cravings associated with pica. Once a person receives the right kind of treatment, symptoms of pica should go away. 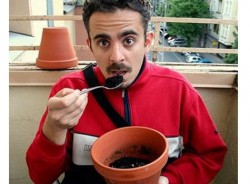 Behavioral therapies can help you overcome the symptoms of pica!

As pica disorder symptoms may originate from any one of a number of causes, diagnosing and treatment planning may require the help of more than one type of healthcare provider. Physicians, psychologists, psychiatrists and social workers all play a role in developing a course of treatment for any one person’s condition.

Initially, psychologists do a careful analysis of the actual behaviors brought on by pica. In cases involving children, social workers examine a child’s home environment to determine whether a lack of sensory or environmental stimulation may be causing pica symptoms.

Physicians look for dietary deficiencies as well as any co-occurring medical conditions that may be triggering pica behaviors.

Certain conditions, such as bipolar disorder, schizophrenia and obsessive-compulsive can cause pica behaviors to develop as a secondary symptom. Medication-based treatments work well for treating pica disorders that have a psychological origin.

Medications commonly used for this purpose include –

Behavioral treatments help a person break the pica “habit,” which can become a type of reflex after so long. Breaking the habit can greatly speed up the effectiveness of any one medication treatment, especially when psychological causes are at work.