What is Schizoaffective Disorder? 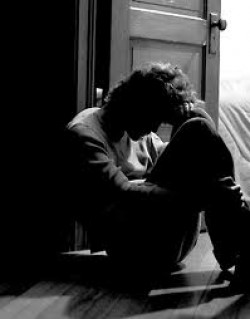 Living with schizoaffective disorder can be tough. The condition involves bouts of depression, hallucinations, paranoia and more.

Schizoaffective disorder is commonly a mixture of bipolar disorder and schizophrenia, because it typically has characteristics of both disorders.

Five common symptoms for schizoaffective disorder, that every person should seek out help for if they experience, include…

1. Sudden onsets of depression: If a person is feeling depressed for weeks or months at a time, and the feelings of depression occur suddenly with no known cause, the person should be seen by a mental health professional.

2. Hallucinations: People who have schizophrenia commonly see things that are not real, and with schizoaffective disorder, a person may have hallucinations as well.

3. Paranoia: If a person is seeing and hearing things that are not real, they may experience extreme paranoia where they are constantly on edge, and nervous.

5. Manic episodes: If a person has bipolar disorder they will have episodes of depression that last a while, as well as manic episodes. Bipolar is the most common mood disorder linked with schizoaffective disorder. During a manic episode, a person will not sleep much and they will have bursts of energy and constantly feel the need to engage in activities. This can last for days, weeks, or months at a time.