Historically, mental health disorders have pertained to the individual and the problems that cause them distress, impairs their ability to function, or increases their risk of suffering pain, death, or loss of freedom.

Relational disorders share many of these common elements although the focus is on the relationship and not just the individual. They often, involve those relationships between family units such as a parent and child, siblings, partners, or spouses, but, they can occur within any important relationship. 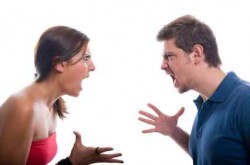 Relational disorder causes a variety of behavioral and emotional effects.

Diagnostic, or V-Codes, listed in the DSM-IV include:

Despite the lack of specified criteria, there are clinically significant behavioral or psychological syndromes that are a direct result from distressing patterns within relationships that can be recognized, treated, or prevented.

Relational disorder may be considered when the following behaviors exist: