Relational disorders are common causes of mental health disorders that can significantly impair the person’s ability to function in their daily life. They are often described as unhealthy relationships where the relationship is “sick” although the individuals involved may be healthy. They can cause clinical depression, anxiety, stress, isolation, or other physical or mental impairments to one or the other individuals involved.

How is Relational Disorder Diagnosed?

Certain characteristics of a relational disorder are common with other psychological disorders and often a significant cause of them. The therapist must, first, assess the individuals involved for any co-existing problems such as mental health or substance abuse issues.

If all of the individuals in the relationship appear to be healthy, the relational factors can be identified as existing between specific individuals or causing distress to any of the other individuals such as a child developing emotional issues of stress, anxiety, or depression because of ongoing conflicts between the parents. 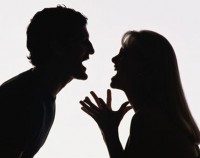 Relational disorder is often diagnosed in relation to other mental illnesses.

Many individuals seeking help for psychological problems confirm problem areas within specific relationships that contribute to their mental health situations. According to the World Psychiatric Association there are no criteria provided in the DSM-IV for relational problems (or any V-codes) and there needs to be because many individual disorders are related to or exacerbated by the relationship problems.

By identifying the relational disorder whether it exists between a parent and child, siblings, spouses, partners, or other important individuals, the therapist can help to resolve the conflicts and immediate threats to the individual as well as the others involved, preventing further health problems.

Relational disorders are treated with counseling and therapy interventions that help those involved to analyze the relationship and their specific roles within it. The most common examples of therapy are marriage counseling and family counseling. The participants seek to identify problem areas to individually and mutually create goals for change with suggestive guidance of the therapists.

Other forms of therapy may involve: