Do I Have Chronic Hallucinatory Disorder? 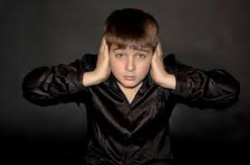 Hallucinations from this disorder are often auditory.

Chronic hallucinatory disorder has a few main causes. The first to describe this disorder, psychiatrist Ballet, believed it to be hereditary, but today we can sometimes link the disorder to a history of drug abuse. Methamphetamine users often have hallucinations that continue even after the drug abuse has stopped, and LSD and PCP abuse causes flashbacks as well (NLM). However, this disorder can occur organically.

How Do I Know If I Have Chronic Hallucinatory Disorder?

Here are some signs that you may be suffering from chronic hallucinatory disorder:

If you are experiencing hallucinations, it is important to see a doctor as soon as possible. Even though chronic hallucinatory is characterized by a mostly healthy mental state aside from the hallucinations themselves, letting yourself remain untreated can cause symptoms to become worse. A study of a woman with chronic hallucinatory disorder, according to the NCBI, describes her as starting with hallucinations and then paranoia setting in. According to the study, when the patient was brought to a medical office after not continuing with follow-ups, “the symptoms had not varied, although the idea of a complot to keep her away from work had become stronger.” It is very important to seek help before the symptoms become worse.

Rational thought tells us that there should be some cause for these hallucinations, so sometimes, people with this disorder look for a cause for the voices they hear or a point of origin instead of looking inward. If you are experiencing any kind of hallucination like the ones described above, you should see a doctor immediately. Although chronic hallucinatory disorder is less severe in its symptoms than other forms of psychosis, it is still a serious matter.