Avoidant personality disorder will generally cause an individual to feel as if he or she is unworthy or is inadequate. According to Medline Plus, a service of the U.S. National Library of Medicine, “people with avoidant personality disorder cannot stop thinking about their own shortcomings.” This low self-esteem contributes to an array of complications in relationships and social life for the individual. 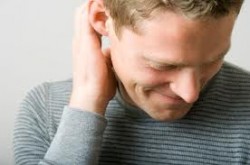 People with avoidant personalities are typically very shy, and this shyness has a big effect on their lives.

This disorder causes the individual to have a moderate to severe sensitivity to rejection. The individual with avoidant personality disorder will have trouble accepting rejection and may even react in a bold way to the rejection. Many will hold back and do their best to avoid personal relationships or intimate relationships in order to prevent the risk of being later rejected by someone that they opened up to.

Most people who have this disorder will dramatize every situation making it seem like a bigger problem than it actually is. Avoidant personality disorder symptoms often include making seemingly small or minor problems out to be a big or major deal. Most will avoid others in an effort to prevent such situations from arising and will do what they can to stay away from social involvement so as to avoid any situation that they may mistakenly over-dramatize.

Feeling socially inept is another one of the more common symptoms of avoidant personality disorder. People who suffer from this condition will feel as if they don’t do good in social situations and as if they maybe are unworthy of being in social situations. Their mindset will be stuck in a pattern of believing that they shouldn’t be involved socially.