The Horror Paradox: Why Being Scared Can Feel Good

Horror writers and producers of scary movies knows that terror sells. But why? Why do people love to be scared?

A Hankerin’ for Horror

Your heart is pounding, your hands are clenched, and terror permeates your very being. You are scared to death, petrified to look at the screen or read any further—but it doesn’t get any better than this! Especially if you’re one of the horror buffs who saw the movie Saw or if your bookshelves are lined with the works of Stephen King. What draws fans of fear to enjoy a vicarious, leg-wobbling experience from the safety of their favorite armchair or local movie theater?

Males from late adolescence to their early 20s make up a large percentage of what Marvin Zuckerman calls “sensation seekers” in his book, Behavioral Expression and Biosocial Bases of Sensation Seeking.

“Young males, and sometimes women, too, are high sensation seekers—people who enjoy intense experiences,” explains Zuckerman. “[These are the people who] thronged to see the last wave of horror films and psycho-slasher films because they provided a maximum amount of shock value.”

That’s not the profile, however, of the average Joe or Josephine standing in line for a ticket to horror. Some films hearken back to Hitchcock’s Psycho, which relied not on guts or gore but a subtle building of tension without actually showing the source of the threat.

“It may be more intellectual sensation seekers that are drawn to these films,” Zuckerman guesses. Either way, sensation seekers draw on their ability to empathize—to put themselves in the characters’ shoes while taking in the chilling story. 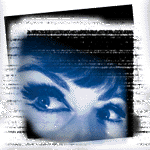 What constitutes a good scare basically boils down to themes of the supernatural, psychological, or biological that are developed against a backdrop of increasing tension. Horror films allow you to tackle upsetting issues from the safe distance of allegory. This permits a safe confrontation of real fears disguised in a metaphorical form.

Science and nature running amok is an integral part of the horror movie subgenres. Scientists gone morally wrong in their thirst for knowledge wreak havoc on nature and mankind in such films as Frankenstein and Alien. Japan has contributed largely to this genre with films such as Godzilla. Trauma author Robert Jay Lifton viewsJapan’s monster films and visitors from outerspace films as attempts to come to grips with the real life horrors ofHiroshima andNagasaki.

In Death in Life: Survivors of Hiroshima, Lifton explains, “These films represent efforts at mastery of nuclear problems by first representing them in exaggerated, partly mocking, fantasy, and then calling uponJapan’s unique nuclear experience as a source of wisdom.”

The transformation of traumatic experience into a safe reliving of the original trauma is a much-studied phenomenon.

Do some people get an endorphin high from being scared? Researchers, such as Bessel A. Van Der Kolk, MD, and Matthew J. Friedman, MD, hold that the typical physical reaction to arousing movies results in the release of opiate endorphins.

Van Der Kolk, clinical director of the HRI Trauma Center and professor of psychiatry at Boston University, has written that addiction to trauma (such as in viewing frightening films) is tied up in biology. That is, the films rev up the body’s sympathetic nervous system. Friedman calls this “stress-induced analgesia”—a state of painlessness brought on by stress.

Some researchers theorize that individuals who suffer from post-traumatic stress disorder (PTSD) may become conditioned by the analgesic effect of certain types of movies and seek out stressful films to release more endorphins.

Friedman quotes a study by Pitman and associates who found that when Vietnamveterans with PTSD were shown combat scenes from the movie Platoon, they experienced a temporary, reversible numbing sensation—much like the effect of opium. This suggests that perhaps people with PTSD have an opioid deficiency that might be relieved by the type of traumatic stimuli produced by horror or war movies.

“I am not particularly convinced of the ‘addiction to trauma’ hypothesis,” says Mary R. Harvey, PhD, director of the Cambridge Hospital Victims of Violence Program and assistant clinical professor of psychology atHarvardMedicalSchool. “Folks watch horror movies and violent scary films for all kinds of reasons. Among those who may show a particular preference for these types of films are combat veterans and other individuals who have experienced psychological trauma.”

Harveynotes that some films that elicit fear or even terror in most viewers have an almost hypnotic effect on trauma survivors.

“Combat movies, like Platoon, for example, seem to hold a particular fascination and attraction for manyVietnam veterans,” she points out, “perhaps because the films invite a reliving of the experience. Perhaps exposure to things that keep them scared also help them maintain a needed state of hypervigilance, and perhaps because each new exposure feels like an opportunity to revisit and possibly redo or undo the traumatic response,” says Harvey.

Harvey continues, “Within this context, a number of trauma researchers and clinicians have noticed that at least some trauma survivors—combat veterans, survivors of political trauma, survivors of early and/or chronic sexual and physical abuse or domestic violence—exhibit a kind of fascination with or attachment to films that seem to invite a reliving of the original traumatic exposure.”

Harvey maintains that it is not yet clear whether it is the opiate/endorphin response or the need for traumatized people to rework their original trauma—or both—that explains why a subset of people who have PTSD seek out scary entertainment. For that matter, there are many PTSD sufferers who carefully read movie reviews to avoid any subject matter that could trigger painful memories.

Perhaps we are all just looking for the same thing—a periodic jolt to the nervous system and a roundabout peek at our innermost fears, all within the comfort of a secure environment. After all, “It’s fun to be a little scared, particularly if it’s safe,” says Zuckerman.