Controversy surrounds attempts to define paraphilia, and determining what is “normal” vs. “deviant” behavior. Sexual practices may largely vary in their profile when different cultures and religions, as well as time frames are considered. A suggestion for paraphilia definitions are based on perceived nonconformities or preferences that are inappropriate according to socially accepted ideals of sexual norms. Various ‘preferences’ and sexual interests have fallen in and out of being defined as paraphilic because of the changing of the times. A somewhat recent example of this would be the fact that until 1973, The Diagnostic and Statistical Manual of mental disorders, listed homosexuality under a paraphilic classification.

Paraphilia is classified under two main areas: atypical sexual interest, and mental disorder. For diagnosis purposes, people with such interests are said to exhibit the following:

The International Classification of Diseases and The Diagnostic and Statistical Manual of mental disorders, both site eight specific paraphilias outlined with an additional unspecified category. 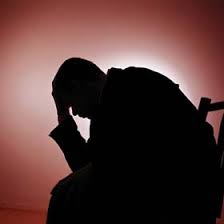 Paraphilias may cause a significant amount of mental distress.

In some circumstances, diagnoses from these sources can be used to imprison and/or commit an individual based on whether or not they pose a danger to society. Although DSM is written by and for psychiatric clinicians, forensic practitioners also use it as a legal basis for sentencing and/or committing sexually motivated criminals to psychiatric care. Due to societal shift on what is defined as sexually deviant the use of ‘paraphilic’ has significantly changed over time, and within cultures, and thus strict definitions of a paraphilia continue to raise questions as to their validity in today’s society. An ongoing critique of both ICD and DSM is that with each new revision comes more categories and subtypes.