Are there Effective Treatments for Orthorexia Nervosa?

Many people are unfamiliar with the eating disorder orthorexia nervosa, as it is not discussed nearly as much as others that are more common.

This disorder, also known simply as orthorexia, is characterized by an obsession with avoiding foods that are perceived to have a negative impact on the human body.

There are many levels of this disorder, with the most severe having the potential to lead to malnutrition and eventual death. In less severe instances, the attempt to follow a healthy diet can lead to a lack of nourishment as well as a variety of mental problems, including low self-esteem. 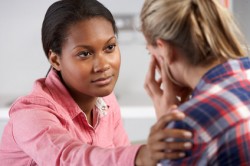 Just the same as any eating disorder, there are treatment options for orthorexia nervosa.

Treatment for this eating disorder can be complicated, due to the fact that the person with the problem often times hides behind the fact that they are simply trying to eat healthier. It can be difficult for the person to understand they have a problem and require professional treatment.

Before treatment can begin, the person must admit that they have a problem and that orthorexia nervosa may be consuming their life. From there, he or she must agree to become more flexible in terms of what they eat.

Along with the above, treatment for orthorexia nervosa is often times combined with that for other types of problems, including but not limit to the following:

Upon realizing that professional treatment is a must, there are many strategies that can be employed:

The treatment schedule for one person suffering from orthorexia nervosa is not necessarily going to be the same as the next person. For this reason, it is important to get the appropriate assistance from an experienced rehab facility.

In the end, it is essential to make healthy changes, making sure that a better diet is adhered to in the future.

Many people, including men and women of all ages, suffer from orthorexia nervosa. Most find it easiest to overcome their problem if they have the assistance of a medical team guiding them every step of the way.