The Intertwined Relationship Between Mood Disorders and Addiction

Mood disorders are any sort of mental illness that changes the way you feel or think. Some of the most common ones include depression, anxiety, schizophrenia, and bipolar disorder. While these disorders are bad enough on their own, there is also a strong link between mood disorders and addiction.

The amount of people that suffer from both substance addiction and mood disorders is staggering. For example, 61 percent of people with bipolar I disorder have admitted to substance abuse in their lifetime.

Dealing with this combination of problems on your own can be devastating. Never hesitate to give our hotline a call at 800-598-5053 (Who Answers?) to receive help for your addiction.

Can Mood Disorders Cause Substance Abuse? 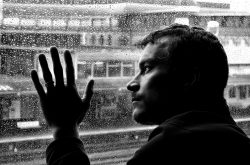 Many people who suffer from mood disorders would do anything to try and feel normal again. Unfortunately, trying to feel normal may involve using drugs or other substances to “self-medicate.” When a person gets high from drugs or drunk off of alcohol, they can relieve the pain of emotion and make themselves feel happy.

For example, statistics show that 70 percent of schizophrenics smoke cigarettes because it helps them to calm down and think more clearly.

Additionally, some people with a mood disorder just have a genetic predisposition to develop addiction later in life. A study done by the NIMH Mood and Anxiety Disorders Program followed 591 people for two decades.

Can Substance Abuse Cause Mood Disorders?

Because drug addiction in itself is a kind of mental illness, the fact that it can also cause mood disorders should not be surprising. When a person uses drugs, it alters the pathways in the brain, disturbing the normal function of the brain and changing the way a person acts and feels. For example, if a person who is addicted to alcohol stops drinking, they will go through a period of withdrawal that can cause symptoms very similar to major depression or anxiety.

Getting high on cocaine or methamphetamines has similar results. Usually, taking these drugs results in a hyper manic state where the user will feel inclined towards dangerous activity, risky sexual behavior, or other out-of-character decisions.

Some people may even develop a psychosis similar to schizophrenia after prolonged use. When a person stops using these drugs, they will instantly enter a crash period that mimics depression and fatigue.

Why Are Mood Disorders and Addiction Linked?

For many people, having both a mood disorder and an addiction problem is due to their genetic predisposition. Since these are both mental illnesses, they can be inherited from family. Additionally, both mood disorders and addiction behave very similarly in the brain.

For example, the neurotransmitter serotonin plays an important role in both mood disorders and alcoholism. Increased dopamine can be found in both schizophrenics and cocaine addicts.

You don’t have to keep suffering from the effects of your mood disorders and addiction. We are here to help guide you to the treatments you need to both feel better and curb your substance abuse. Give us a call at 800-598-5053 (Who Answers?) to receive assistance as you try to manage your mental health and addiction issues.