According to www.save.org, there are nearly 30,000 suicides committed in America each year. Suicide is a tragic event that happens to be the third leading cause of death in adolescents. Suicide can be found in nearly fifteen percent of people with clinical depression and is commonly an action taken by people who do not receive proper help.

The following are facts about suicide in America: 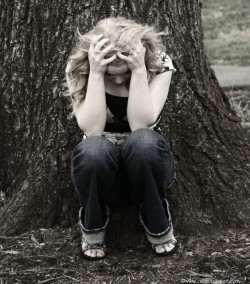 Every person is unique in their way of thinking and in expressing their emotions. People who are thinking about committing suicide may not exhibit any warning signs, but for those who do, below is a list of the most common suicide warning signs according to www.nimh.nih.gov.

A person may be thinking about suicide if they are:

Do Not Ignore the Signs

It is a common misconception that people who really want to commit suicide cannot be stopped or that they would not tell anyone if they really wanted to commit suicide. The majority of people fear the unknown, and death, although inevitable, is an unknown feeling which most people fear. If you notice someone showing any of the antecedent signs for committing suicide or if you know someone who is thinking about committing suicide, know that there is a good chance that they can be helped.

It is also a common misconception that people who are thinking about suicide do not want to get help. Studies have shown that the majority of people who attempt or commit suicide did get or at least asked for help at some point. If someone you know or if you are having thoughts about suicide, contact a help line or talk to someone about how you are feeling in order to get you or a person you know the help that is needed.