Suicide is the intentional taking of your life. It has been described as a long-term solution to a short-term problem. Suicide can be an impulsive decision or carefully planned. In most cases, suicide occurs from depression. It is during those dark moments of depression when no other solution is seen as viable, that you may choose to end your life. If and when the depression is successfully treated, suicidal ideation (thinking about suicide) decreases or goes away altogether.

How Many People Commit Suicide?

In 2007, suicide was the tenth leading cause of death; nearly 35,000 people died as the result of suicide. The World Health Organization reports that, worldwide, approximately 1,000,000 commit suicide annually; rates have increased by 60% since 1966.

For decades, people who ended their own lives tended to be elderly men. However, the rate of suicide for young people has increased to the point that they are now considered to be the group at the highest risk in both developed and third world countries. It is believed that as many as 3,000 young people from ages 15 to 19 kill themselves each year, which does not include the 10,000 American college students who attempt suicide annually.

Why Do People Commit Suicide? 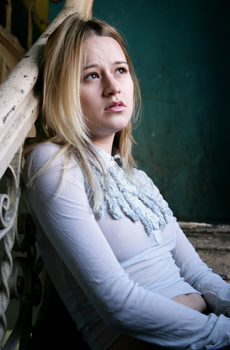 Suicide is a serious problem across the globe.

One of the characteristics of major depression is suicidal thoughts or attempts. Disorders that include self-destructive behaviors such as: schizophrenia and bipolar disorder increase the risk of suicide. If substance abuse, frequently associated with depression, is included in the mix, the chances of suicide are greatly increased.

There are scores of myths about suicide, particularly in regards to the signs that a suicide attempt is going to occur. Identifying the facts from the myths about suicide can help people prevent the suicide of someone close them.

In many cases, a person will show some warning signs before they commit suicide such as:

How Can I Prevent My Loved One or Friend From Committing Suicide?

People who attempt suicide are, for the most part, suffering from a highly treatable mental disorder such as: depression, schizophrenia, substance abuse, bipolar disorder or borderline personality disorder. Successful treatment of the underlying disorder is crucial to preventing suicide.

Therapy can be very helpful in preventing suicide, particularly if the person is able to see that there are options for alleviating their pain other than suicide. Even if talking merely eases them back from the edge of despair, it may be enough to prevent them from taking their lives.

Where Can I Learn More Information On Suicide?

The National Suicide Prevention Lifeline at 800-598-5053 (Who Answers?) is open 24 hours, seven days a week. The hotline is free and confidential and calls are routed to the nearest local crisis line. The website at www.suicidepreventionlifeline.org lists local numbers and provides a wealth of information. There are also links to a one-on-one chat line.