Addiction Related Suicide on the Rise–Now what?

Unbeknownst to the addict, the damaging effects of addiction are not lost on those closest to him or her. Watching a loved one’s life slowly slip away can be heartbreaking while feeling helpless to do anything about it.

Though it may be a worse-case scenario that no one wants to think about, addiction related suicide rates continue to rise along with ongoing increases in addiction rates in general. Whether you’re a loved one confined to the sidelines or someone who struggles with an addiction problem, there are certain things you can do to reduce the likelihood of experiencing the very worst of what addiction has to offer. 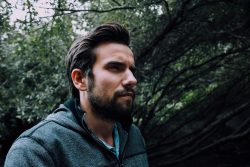 People with depression are at high risk of substance abuse and suicide.

As heartbreaking as suicide can be, having an increased awareness of the inherent risks surrounding substance abuse can go a long way towards preventing you or someone you know from becoming yet another statistic. Certain risk factors tend to prevail for those most prone to suicide-type behavior.

According to the Centers for Disease Control & Prevention, risk factors to watch out for include:

The effects of substance abuse tend to compound over time, slowly but surely diminishing a person’s quality of life with ongoing use. In effect, the further along a person gets in the addiction cycle, the greater the risk for suicidal thoughts and behaviors to take shape.

As the damaging effects of drugs and alcohol take a direct hit on a person’s emotional state, the potential for developing mental health problems further aggravates the suicide risk, according to Dartmouth College. Once the combined effects of addiction and mental illness take hold, emotional turmoil becomes more so the norm than the exception in one’s everyday life.

With addiction rates steadily on the rise, it becomes all the more important for family and friends to be vigilant when a loved one falls prey to the effects of drugs and alcohol. While the decision to get needed treatment help ultimately belongs to the person engaged in substance abuse, making it point to understand the works of abuse and addiction can help you spot signs of distress before a bad situation makes a turn for the worse.

If you suspect you or someone you know struggles with addiction and have more questions, or need help finding treatment that meets your needs, please feel free to call our toll-free helpline at 800-598-5053 (Who Answers?) to speak with one of our addictions specialists.