What is Substance Induced Depression?

According to the Manual of Mental Disorders, 4th Edition Chapter 18 Drug Induced Disorders, substance induced depression is a noticeable and dominating disturbance of mood that occurs during the use of a drug or within one month of intoxication or withdrawal of the drug.

Problems that Occur because of Substance Induced Depression 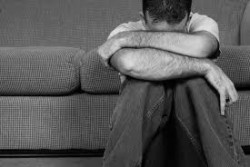 Depression is a side effect of some medications.

The main problem that arises from substance induced depression is the cycle a person goes through because they do not understand their depression. A person usually takes drugs because they wish to feel better, but if the drug is actually causing them to feel worse and they do not realize it, then they will continue to take the drug so that they will feel better, which will result in them continually feeling worse. This cycle can continue for years, and many people form drug addictions and dependencies to drug they are taking, which can ultimately lead to many more problems to occur in their life.

In many cases, when a person stops taking the drug early on in their drug usage, and goes through the withdrawals symptoms, the depression may clear up, however if a person has been using the drug for long periods of time, then they may need professional help with their depression.

Depression is a dangerous and life impacting disease that can be extremely detrimental to a person’s well-being.

According to Manual of Mental Disorders, 4th Edition Chapter 18 Drug Induced Disorders, depression is the most common mental illness and it can significantly interfere with a person’s daily functioning and quality of life. Moreover, if depression goes untreated it increases the chance of suicide and death; around 15% of mood disorders end in suicide.

Although substance induced depression may be hard for people to recognize, if a person is feeling depressed after taking a drug or when stopping a drug they should consult with a physician about their symptoms.

Treatments
I NEED TO TALK TO SOMEONE NOWFree and Confidential. Call https://www.disorders.org800-598-5053Response time about 1 min | Response rate 100%
Who Answers?