While the treatment of major depression disorder carries an 80 percent success rate, as many as two-thirds of people affected by this condition don’t seek out treatment, according to data collected by Ohio State University. Consequently, loss of employment and broken relationships often mark the lives of those affected.

People suffering from major depression disorder experience ongoing changes in feelings and behaviors that are often ignored or misunderstood by those around them. According to the University of Pittsburgh, sadness, lethargy, decreases or increases in appetite and sleep problems typically characterize this condition. Problems at work or school may include difficulty concentrating. Feelings of anxiety, guilt, tearfulness and irritability can also develop over time. 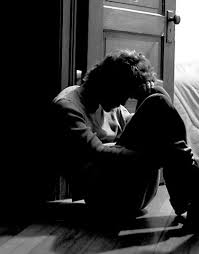 You do not have to suffer the symptoms of depression alone. Therapy and medications can help you!

Major depression disorder tends to drain any sense of enjoyment or pleasure from a person’s life to the point where activities once enjoyed no longer hold his or her interest. When left untreated, symptoms of MDD become progressively worse and can last week, months or years at a time. Eventually, a person may start to entertain frequent thoughts of suicide and possibly act out these ideas.

With the proper treatment, a person can see considerable improvement within two to four weeks time. As major depression tends to be a recurring condition for some people, continued treatment can prevent the condition from developing on down the road. As each person’s situation is different, a physician will take the following factors under consideration when treating major depression:

Depression’s effects on a person’s brain chemistry more oftentimes than not warrant medication treatment to help alleviate major depression symptoms. Many medications used to treat depression work as serotonin-specific reuptake inhibitors (SSRIs), which help to conserve serotonin neurotransmitter chemicals in the brain. A few of the SSRI medications used include –

In most cases, a person will remain on medication treatment for anywhere from six to 12 months. It’s not uncommon for a physician to try two or more different medications before the right treatment is found.

As of late, the debilitating effects of major depression have had a particularly costly effect in the workplace. Ohio State University data show the United States sees a total $43 billion in lost work days on an annual basis due to MDD symptoms. While medication does help to alleviate depression’s physical component, many people benefit from psychotherapy work to address the emotional and psychological issues that underlie major depression symptoms.