Dyslexia is a disorder which is separate and independent from other reading disabilities and problems that can result from a variety of causes. These may include inadequate or poor reading instructions or help, and a deficiency of hearing or vision which is non neurological in nature. According to various surveys, it has been concluded that dyslexia can affect nearly 10% of any population, but an accurate percentage for the prevalence has not been derived yet. Dyslexia is a reading disorder which occurs due to the failure of the brain to decode or recognize certain alphabets, letters and symbols correctly.

There are three main types of dyslexia reading disorders based on cognition .These include attentional, auditory and visual dyslexia. Dyslexia is counted amongst the most common learning disabilities present among many people today. Scientific research has established that dyslexia is actually a receptive language based disorder of learning. According to various researches held at the MIT, it has been concluded that almost all people suffering from dyslexia show a significant degree in the impairment of voice recognition skills.

Skilled adult patients who used to suffer from dyslexia can read with average comprehension, but their reading abilities are significantly slower than the typical reader. They tend to perform below average on spelling as well as nonsense word reading and recognition, which is a measure of the awareness of phonology. Dyslexia cannot be classified as the disability of the intellect because there is no correlation of dyslexia with the intelligence quotient. This proves that cognition in dyslexia develops independently and not as a result of any other condition or factors. 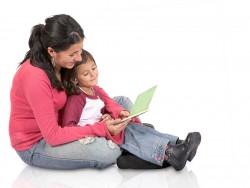 Dyslexia is also known as the development reading disorder or disability (DRD)[3]. It occurs as a result of defects in the regions of the brain that interpret and process language. This is independent of any disabilities associated to vision, and is actually a defect in the processing of specific information that is not related to the person’s skills or ability to understand complicated thoughts and ideas. Majority of the people having dyslexia exhibit a normal level of intelligence quotient and may also have an above average intelligence.

Dyslexia can either occur independently, or may be present along with other development writing disabilities or disorders, as well as Development Arithmetic Disorder. It must be noted that all of these disorders are associated with letters, number or symbols that are used for conveying information.

Family history plays a significant role in dyslexia because this disorder can be passed on in the genes to the offspring.

A person suffering from dyslexia can exhibit difficulties in separating sound which constitute spoken words; they may also have difficulties in rhyming. Both these abilities play a critical role in the ability of a child to learn languages and read correctly. The initial skills of a child to read are entirely based and dependent upon word recognition, which is based on the separation of sounds that make up various words as well as matching these sounds to letters and groups of alphabets.

Dyslexia has no cure, but individuals suffering from the condition can learn to write and read along with educational support. If intervention is done early it is very helpful. This is very important for under graduates and children in particular. They should be explained what reading actually is and what its purpose is for. There are many techniques that have been developed to teach dyslexic individuals how to read.

Anxiety and stress also contribute to dyslexic people’s weakness and hinder their ability to absorb information. Removing stress can help assist such individuals understand reading concepts even better. Eliminating stress and anxiety also helps them learn better and relax while trying to read instead of considering it an onerous task.

The ideal approach to help dyslexic individuals is by making them understand that they can take their own pace to read, and not try to read as well as non dyslexic people. A way should be found to extract information form books and other texts that can work efficiently for them.

Usually dyslexia is usually diagnosed during childhood when teachers and parents discover a child’s difficulty in reading and writing. Longer lasting results are found in training dyslexics in both orthognathic issues and visual language along with simple oral phonological trainings.

Remedial instruction can help dyslexics can improve reading and comprehension skills. Some people may suffer from reading difficulties for the rest of their lives.

The following complications may occur:

Learning disabilities like dyslexia tend to run in families. Families should be able to detect the problem early if it arises in their children.