Guilty as Charged! Now What?

As a society, we seem to be consumed by guilt, or at least with eliminating it from our lives. A search of a major online bookseller’s website for the word “guilt” results in a list of over 3,000 titles. You can cook without guilt. Diet without guilt. Eat chocolate or fried foods without guilt. Parent your children without guilt. Be a guilt-free working parent or a guilt-free single parent. Be a guilt-free golfer. Or maybe you want to recognize guilt, understand guilt, overcome guilt, be liberated from guilt, put an end to guilt? There is a title for you.

But Is Guilt Really Such a Bad Thing? 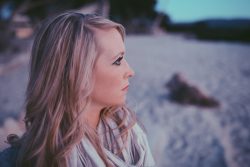 Feeling guilty can help you take responsibility for your actions.

So what is wrong with taking a little responsibility? Nothing. Problems arise when we confuse guilt with shame, says June Tangney, PhD, a professor at GeorgeMasonUniversityin Fairfax, Virginia, and editor of Self-Conscious Emotions: The Psychology of Shame, Guilt, Embarrassment and Pride. “People generally feel guilt when they’ve done something that violates their own moral standards,” says Dr. Tangney. “Guilt motivates people to make things right when they do something wrong. It’s a helpful, adaptive way to feel bad.”

What Is Good Guilt?

Muriel Savikas, PhD, agrees. In her book Guilt Is Good: What Working Moms Need to Know, Savikas acknowledges that society continues to treat guilt as something undesirable. However that is not really right, she says, because guilt is a natural part of the human makeup and a necessary part of our value system that motivates us to change. According to Savikas, good guilt allows us to look at what we can change and what our goals are.

What Is Bad Guilt?

Guilt results when we feel bad about a behavior, says Tangney. Shame, on the other hand, is what we feel when we feel bad about ourselves. Guilt encourages us to take action, to right a wrong. Shame is a powerful, overwhelming emotion that results when our internal judge and jury declare us guilty with no hope of salvation. Irrational guilt—feelings of guilt that paralyze us and prevent us from rectifying a situation—is likely to arise from feelings of shame, Tangney says.

“Negative guilt is the guilt that allows us to beat ourselves up and that drags us down rather than turning things into a positive and moving on,” Savikas adds.

How Do You Recognize and Use Guilt?

“Guilt is a very misunderstood emotion,” Tangney says. “You have to be able to use guilt constructively and then get over it without feeling shame.” Listen to your feelings, she adds, and use guilt as a constructive emotion to remedy situations you feel badly about. Even if there is nothing you can do to fix the problem, guilt can prompt you to change your behavior in the future.

Feelings of guilt often arise from unrealistic expectations that we set for ourselves or that others set for us. So it is important to examine your feelings and review what is expected of you within the context of your life. Pay attention to your self-talk—what you say silently to yourself. Negative self-talk or self-scolding should be a wakeup call, says Savikas.

If you yell at your child and then find yourself thinking, “I’m an awful parent,” Stop. You are generalizing too much from this single event, warns Tangney. Feeling like you are an awful parent is not going to make things better for your child or for you. Instead, focus on the behavior—your yelling and why your child caused you to yell—and not on your parenting abilities. Then you can start to fix things.

Are You Feeling Manipulated by Guilt?

Let us face it. There are times when people use guilt to manipulate us into doing things they want us to do. And then again, there are times when we do the same thing. As Tangney points out, guilt is a handy tool for helping us reflect on our motivations and on our relationships with others. It can also be useful in helping to recognize when we are being manipulated. It’s important to develop a sense of self-awareness so that we’re able to see those guilty little red flags when they pop up and be aware of our behavior so we can gauge whether we are responding out of guilt or out of a genuine desire to help.

Here is what to do:

In his book A Year of Health Hints: 365 Practical Ways to Feel Better and Live Longer, author Don Powell offers the following advice: “Guilt is a by-product of all the ‘shoulds’ people accumulate on their mental lists of things to do.”

To help you distinguish between what is right for you to do and what you do because you are guilt ridden, Powell suggests:

My 11-year-old son has even weighed in on the topic. When asked for his views on guilt, my future philosopher said, “It helps me learn what things not to do again because they make me feel bad.” Smart kid. And I only feel a little guilty for bragging.