Are there Treatments for Gender Identity Disorder?

Someone living with gender identity disorder experiences a deep-seated discontent with his or her biological sex or gender identity. Also known as gender dysphoria, people affected by this condition identify most strongly with members of the opposite sex in terms of gender experience.

Signs of gender identity disorder can appear at any given age, even as soon as early infancy, according to the National Center Biotechnology Information. When left untreated, a person remains at considerable risk for developing any number of psychological disorders, most notably major depression which can carry a high risk for suicide.

While many may still view this condition as psychological in nature, treatments for gender identity disorder include both medical and psychological interventions designed to help a person “become” the identity with which he or she identifies. As treatment often entails drastic changes in a person’s physical and physiological make-up, a person must go through a series of evaluations and screenings in order to qualify for treatment.

As of 2010, an estimated one out of every 2,500 people struggles with gender identity disorder, according to the University of Iowa. While an overall aversion to one’s biological gender remains the central component, the degree of aversion experienced can vary from person to person.

In effect, some people may experience considerable distress that prompts drastic action while others may experience a lesser degree of distress and opt to adapt in less drastic ways. These differences will likely determine which types of treatment will work best for any one person.

According to Columbia Psychiatry, treatment for gender identity disorder addresses both the physical and psychological components that form gender identity in general. In the absence of treatment, people living with this condition stand to develop serious psychological problems in the face of trying to cope with daily life and social rejection. 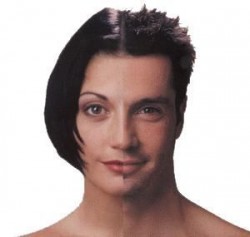 Hormone treatment options for gender identity disorder entail using cross-sex hormones as a means for aligning a person’s primary or biological sex characteristics with his or her gender experience. For people wanting to live-out their gender identity on a consistent basis, hormone treatments can produce the types of body modifications desired, some of which include –

Sex reassignment surgery is the most drastic measure a person with gender identity disorder can take in order to live a more acceptable lifestyle in the eyes of self and others. As there’s no going back once a sex reassignment surgery is done, people considering this option must undergo extensive psychological screenings to ensure the medical necessity of the procedure.

As the number of cases of gender identity disorder continues to rise, hormone treatments and sex reassignment surgeries have become a commonly used treatment approach for helping those who struggle with gender identity issues.