Are there Treatments for Female Sexual Dysfunction?

In the United States, an estimated 40% of females suffer from sexual dysfunction disorders. These disorders are capable of causing severe havoc in relationships and also ones feelings toward themselves. Sadly, most of the women who are experiencing these afflictions continue to suffer because they do not seek treatment.

Female sexual dysfunction (FSD) is a rampant problem among women. FSD becomes more prevalent as women age. FSD can include difficulty in achieving orgasm, diminished vaginal lubrication, pain and discomfort upon intercourse, and decreased sense of arousal in its list of common symptoms. A woman may suffer from one or many of these symptoms in her lifetime. Understanding the individuality of each FSD aspect is critical in understanding and treating Female Sexual Dysfunction.

Some of the categories of Female Sexual Dysfunction are:

Proper vaginal and clitoral function, and sufficient blood supply are required for a satisfying sexual experience. Patient education and follow-up appointments are essential to ensure optimal outcomes of pharmacologic treatments for sexual dysfunction. Many strategies have been formulated for the treatment of male sexual problems, however FSD remains an area that merits further research, trials, and studies to identify the most suitable treatment options. Speculation about the prevalence of research for male dysfunction over female dysfunction may find its root in the level of importance in the lifestyle as well as the willingness to talk about it with a qualified professional. For 20 years, animal models have been employed in the investigation of female sexual function and dysfunction and several experimental approaches have been developed. Research has underlined a number of pharmacological interventions that have been proven in their efficacy in trials and found to produce positive effects.

Therapies that are administered to help with FSD: 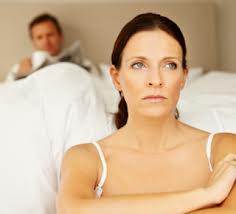 FSD is an issue for a large portion of women.

According to a medical publication from NCBI, “Sexual dysfunction is a frequently encountered comorbid condition in patients with many medical and psychiatric conditions, such as epilepsy and depression. Most depressed patients experience some type of sexual dysfunction, decreased sexual desire being the most common.”

Female Sexual Dysfunction is an area that still begs for further interest medically and continues to be widely misunderstood. To this day, there are no approved pharmacotherapies for female hypoactive sexual desire disorder or female orgasmic disorder. Female sexual arousal disorder is most commonly treated with estrogen replacement therapy or vaginal lubricants. Part of the problem in lack of clinical trials and research may be due to a lack of communication and discussion about symptoms experienced. If medical providers are not approached about the issue frequently enough and requests for assistance are not voiced loudly enough, the funding for research will not be made available.