The nature, symptoms and effects of dissociative disorders can be fascinating and been used as the plot of many films and television programs. In the movies, a character may commit an act and then forget it completely.  Then, with a bump to the head, the character suddenly overcomes amnesia.

The reality of dissociative disorders is not as simple as portrayed in the movies. People protect themselves from traumatic events by “dissociating” or removing themselves from those events as they occur; this also serves to delay the need to deal with effects of the trauma. According to experts, the memory and the emotions don’t disappear, but instead are relocated from the conscious to the unconscious mind.

What is Dissociative Amnesia?

How Common is Dissociative Amnesia?

In the past, dissociative amnesia was considered rare.  Now, experts realize that selective amnesia is much more prevalent than formally believed. However, there are no exact figures available about the prevalence of this disorder. Experts do believe that amnesia is found more frequently in women than in men and in young rather than older adults. Reports of amnesia increase during periods of war or natural disaster, as well as in households where spousal and/or child abuse occur.

Despite what you may have seen at the theater or on television, while treatment can include drug-assisted interviewing and hypnosis to uncover the causes of the amnesia, it is not completely focused on retrieving memories, but rather on gaining new information to replace what lost, sometimes using intact memories as an information base. Ways to organize what one has learned, including the use of personal digital assistants such as smart phones or simple, low-tech devices such notebooks, lists, calendars, pill organizers or photos of people or places can be very useful.

What is Dissociative Fugue? 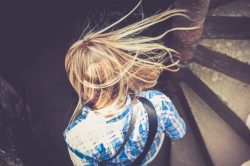 Dissociative fugue is when a person travels away from home and temporarily forgets their identity.

Dissociative fugue is another disorder featured in news stories and cinema. In the film, The Bourne Identity, the fictional character Jason Bourne, played by Matt Damon, is named after Ansel Bourne, a pastor whose case of dissociative fugue is considered to be the earliest recorded. Jason Bourne disappeared in1887, only to “wake up” years later as a store keeper residing with a new family several states away from his home. In another real life case, Hannah Upp, a New York City school teacher, went for a run and was found floating in the harbor three weeks later, alive and in fairly good health, but with no memory of where she had been or how she had survived nearly a month as another person.

The aspects of travel and amnesia are crucial to the diagnosis of dissociative fugue; patients physically travel away from their homes or their places of employment and, during the fugue state, forget their names, their families and their occupations.

The heavy use of alcohol may be a factor in this disorder, but, more frequently, marital, financial, occupational and war-related stress can cause a person to withdraw from what is causing emotional pain by “forgetting” both the particular experience and the details from that life. Individuals who are depressed, have attempted suicide, are suffering a physical disorder such as epilepsy, or who abuse substances are considered to have a predisposition to dissociative fugue.

How Common is Dissociative Fugue?

Dissociative fugue is a rare condition occurring most often during war, natural disasters, or during periods of intense personal problems.

Treatment is very similar to that of dissociative amnesia, including work on integrating the trauma and stressor that may have precipitated the disorder into a form that can be dealt with in a healthier way.

What is Dissociative Identity Disorder (DID)?

Dissociative identity disorder, more commonly known as multiple personality disorder, is considered to be the most serious and devastating of the dissociative disorders. With this disorder, the patient has two or more distinct personalities.  These personalities can vary as to age, gender, level of education, sexual orientation and occupation. It is possible for all the variations found in any population to exist within the psyche of a single individual. Behavior, speech and activities are determined by whichever of the personalities or “alters’ is in charge at that moment in time.

Many people gained their understanding of DID from films like Sybil, released in 1976. However, mental health professionals have said that character portrayed by Sallie Fields bears little resemblance to real individuals who have been diagnosed with this disorder. Herschel Walker, well-known football player and winner of the Heisman Trophy, has revealed that he has dealt with DID most of his adult life. Click on this link (http://youtu.be/JY8Ic7ombDs) to see the first of a two part interview from ABC News in which Walker and the clinician provide an intimate and revealing look at life with multiple “alters”.

Psychotherapy, often combined with hypnosis and drug-assisted interviews, helps those with dissociative identity disorder identify their various personas and their very individual characteristics. One of the major goals of psychotherapy is abreaction (also called catharsis) which means allowing a client to relive an experience so it loses its emotional value.   In addition, connections and contracts between alters can be made, which can protect those who may be suicidal from injuring their host.

Where Can I Find More Information on Dissociative Disorders?