How Cancer Leads to Depression

Estimates from the U.S. National Library of Medicine show as much as 40 percent of the American population will develop a cancer condition within their lifetime. Of this 40 percent, two-thirds will live at least five years or more. Ongoing cancer treatments involving radiation, chemotherapy and surgeries can take a considerable toll on a person’s mental and emotional health.

Over time, a cancer survivor’s quality of life may see decline as it becomes more difficult to carry out daily living activities. These factors combined increase the likelihood of developing a depression disorder. While certain risk factors make some people more susceptible to depression than others, ongoing mental, emotional and physical stressors can have damaging effects on a person’s psychological health. 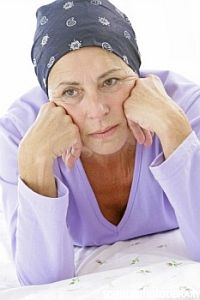 It is not uncommon for cancer patients and survivors to develop depressive disorders.

For people with cancer, depression conditions may develop for various reasons, some of which include:

Treatment-related issues have to do with how various types of therapy affect the body’s ability to regulate and manage central nervous system functions. In general, the weaker the body becomes in response to needed treatments, the higher the risk of developing depression.

Medically related factors, such as the type of cancer a person has can affect brain and body chemical functions in such a way that makes depression more likely. According to the Journal of Clinical Psychiatry, people suffering from pancreatic cancer, in particular, experience a high rate of depression due to how the condition affects hormonal processes in the body.

Certain circumstantial factors, though not actually related to the cancer condition itself, can further aggravate a person’s overall emotional health. Someone who lacks a reliable support system may be more susceptible to developing depression. Likewise, someone with little to no financial resources may also be vulnerable. Other factors, such as closely held religious beliefs, education level and family support can also affect a person’s overall resolve and will.

Stress effects can exert a considerable toll on a person’s psychological well-being. This includes everyday life stressors as well as cancer-related stressors.

The severity of a person’s condition acts as a primary stressors in a person’s life. According to the National Cancer Institute, high rates of depression affect people who have advanced forms of cancer or those who find out their cancer has reached a point where no further treatments are available.

Stress effects tend to become more pronounced for older aged cancer survivors, as many are unable to cope psychologically with the physical changes associated with cancer and the resulting treatments required.

Cancer treatments, such as radiation therapy, chemotherapy and surgical procedures can easily offset a person’s overall hormonal balance. The combined effects of the treatments coupled with hormonal imbalances can predispose a person to developing depression symptoms. Cancer medications can also have similar effects.

Ongoing chemical imbalances may also be an issue for people with a history of substance abuse. In terms of the brain chemicals that regulate emotional states, the effects of drugs and alcohol as well as the effects of other psychiatric conditions can all contribute to the likelihood a cancer survivor will develop a depression disorder.