Schizophrenia is a mental illness that affects over two million Americans. Schizophrenia commonly does not appear until a person is in their mid to late twenties or early thirties, and it is a disorder that requires the need of medication in order to manage it. Schizophrenia is a life-altering disorder because it commonly results in people having bizarre delusions, and sometimes irrational behavior, and then shunning themselves from society. 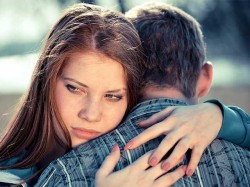 Someone with delusional disorder will likely have delusions that are untrue, but that are not totally out of the realm of possibility.

According to Psych Central, delusional disorder is characterized by the presence of non-bizarre delusions which have persisted for at least one month. Non-bizarre delusions typically are beliefs of something occurring in a person’s life which is not out of the realm of possibility.

The third difference between the two disorders is that schizophrenia will significantly affect a person’s behavior, and sometimes their speech, whereas delusional disorder does not.