Bullying is a common experience for many children and adolescents.  Approximately 1 out of 2 children are bullied at some time during their school years and at least 10% are bullied on a regular basis. Bullying can take the form of verbal insults and/or physical threats. Boys tend to use physical threats to intimidate their victims, while girls typically torment other females with verbal attacks. Bullying can occur in online chat rooms, in e-mails and on social media websites such as Facebook and MySpace.

Bullying is a type of aggression. Bullying occurs when one or more students emotionally, verbally and/or physically repeatedly torment you. In other words, you are being bullied when another student says mean and/or hurtful things to you and it causes you emotional and/or physical distress. You are also being bullied when another student hits, kicks, threatens, prevents you from leaving a location and/or sends you mean-spirited notes.

Who are the Bullies? 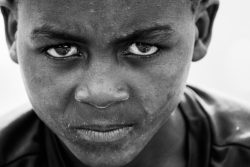 Many kids who bully come from abusive homes.

Bullies are usually school-aged children, but adults can also be bullies. If you are a bully, you typically enjoy controlling and/or dominating others. You may have also been physically, emotionally and/or sexually abused at one time in your life. You are probably depressed, angry, stressed or frustrated from the external factors in your home. In addition, your preferred targets are passive, easily intimidated children who typically have no friends.  You choose these victims because they are often younger, weaker or physically smaller then you and you know that they will have a harder time defending themselves against your attacks.

You may feel the need to demonstrate aggressive behaviors in order to feel powerful and in control. You take immense satisfaction from inflicting harm on others and you lack empathy for your victims. It is not uncommon for you to justify your actions by blaming the other child for your behaviors.

If you are a bully, you probably come from a home where physical punishment is used. You have learned that striking out physically is a way to handle your problems. You may also come from a home that lacks parental supervision and involvement. You are generally defiant or oppositional toward adults and you tend to be antisocial (often breaking school rules). You also may be overly self-confident and have an over-inflated self-esteem. While it may be assumed that bullies victimize others because they have low self-esteem, there is no evidence to confirm this assumption.

What are the Long-Term Effects of Bullying on the Perpetrator?

It may appear that that bullying victims are the only ones damaged by bullying, but in reality bullying can also have long-lasting psychological effects on the actual bullies. According to the U.S. Health Resources and Services Administration (HRSA), school-age bullies are more likely to skip school, abuse drugs, drop out of school, smoke, vandalize property, engage in promiscuous behaviors, drink alcohol and/or get into fights then those who do not bully.

In addition, bullies are more likely than others to engage in criminal and/or risky behaviors as adults. HRSA estimates that approximately 60% of middle school male bullies will have at least one criminal conviction by the age of 24. It is not uncommon for bullies to intimidate others in an attempt to gain approval from peers, but this type of behavior typically does not gain favoritism in adulthood. Adults, who were child bullies, are more likely to be abusive towards their partners, spouses and/or children than those that did not bully others during childhood.

Why Do Children Bully?

What Should I Do If I Suspect That My Child is a Bully?

If you suspect that your child is a bully, it is important to seek help for him/her as soon as possible. Left unaddressed, bullying behaviors can lead to academic, social, emotional and/or legal difficulties. Discuss your concerns with your child’s pediatrician, teacher, principal, school social worker and/or school counselor.

If the bullying continues, a child psychiatrist, a family counselor or child psychologist will be able to help you understand your child’s behavior and develop a treatment plan that will stop his/her aggressive behaviors.

Coloroso, B. (2009). The bully, the bullied, and the bystander: From preschool to high school–How parents and teachers can help break the cycle. New York, NY: Harpers Collins Publishers.