Many people think of catatonic symptoms as stupor-like states that last for hours or even weeks. In actuality, catatonic disorders can take many different forms, most of which require hospitalization. According to the U.S. National Library of Medicine, as many as 90,000 people suffer from catatonic disorders within any given year.

Not surprisingly, the effects of a catatonic disorder can be disheartening for loved ones and debilitating for those suffering from the condition. As catatonic disorders can stem from already existing psychological and/or medical problems, its effects on a person’s life can take on any number of different forms.

First identified by Karl Ludwig Kahlbaum in the mid-1800s, catatonic disorders appear as impairments in motor function that become progressively worse in accordance with the state or severity of an underlying condition. People affected by this condition may experience periods of depression, mania and psychosis as well as periods of rigid, immobilized posture. Much like the episodes associated with mania, depression and psychosis, this rigid positioning of the body can last anywhere from days to months at a time. 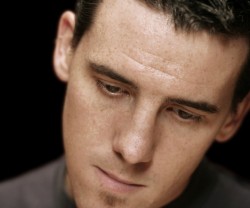 Catatonia is often associated with bipolar disorder, schizophrenia, or depression

As manic states are often a component of catatonic disorders, during these episodes a person may display agitated behaviors that appear to have no relevance to his or her immediate surroundings. Bipolar affective disorder exists as an underlying condition for over half the number of patients suffering from catatonic disorder. Likewise, an estimated 20 to 30 percent of people affected by bipolar affective disorder will experience an episode of catatonia during their illness, which typically manifests as a manic state.

Though both medical and/or psychological problems can act as underlying conditions, catatonic disorders most often develop out of existing psychological disorders.

Symptoms associated with depression and schizophrenia disorders include:

Symptoms associated with bipolar disorders include:

When left untreated, the behavioral effects from a catatonic disorder can potentially leave a person permanently disabled, or even lead to death. People affected by this disorder often lead unhealthy lifestyles that compromise their nutritional and hygiene needs.

Over time, other serious physical problems can develop, some of which include:

The overall display of catatonic symptoms can potentially mask underlying medical conditions, making it that much more difficult for clinicians to identify and treat developing conditions. In most cases, someone suffering from this disorder requires round-the-clock care, typically within a hospital environment.