Commonly known as marijuana, cannabis is a term that refers to the products and preparation made from the cannabis plant. The substances derived from the plant can be used as psychoactive drugs and agents for both recreational as well as medical purposes. The psychoactive agent present in cannabis chemically is known as delta-9-tetrahydrocannbinol. Cannabis or marijuana is the most commonly abused drug in the United States of America. The drug is usually abused by teenagers and adults alike and can cause very serious consequences in the form of addiction, tolerance and withdrawal. The most common form of use is by smoking it in cigarettes or cigars2.

Cannabis is counted among the top illicit drugs that are being used all over the world today. However, controlled amounts of this drug have proved effective for medical purposes have been part of literature for the past 15 years.

There are a number of benefits of using Cannabis in medical purposes. Some of these benefits include the cure for vomiting and nausea, lowering intraocular pressure which is very effective in the treatment of glaucoma, stimulating hunger among patients of AIDS and those undergoing chemotherapy, as well as some general anesthesia applications. 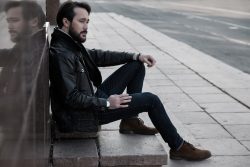 Continued use of cannabis despite lifestyle consequences is a sign of addiction.

The demand for the treatment of addiction to cannabis use has increased significantly all over the world but it is a fact that only a small percentage of all cannabis addicts seek medical attention in this case. There have been various epidemiological surveys that helped determine the amount of cannabis dependence that occurs internationally, along with surveys of the number of people who seek treatment, and those that exhibit symptoms of withdrawal and tolerance from the drug. These surveys are used for laboratory studies that can determine the effects of the drug on the functioning of the brain. Studies and clinical trials associated with the evaluation of cannabis dependence treatments suggests that the dependence of this particular drug responds frequently to intervention.

Cannabis addiction is a serious problem and can cause many adverse health effects. The DSM-5, (Diagnostic and Statistical Manual of mental disorders, proposed fifth revision) has the following diagnostic criteria for cannabis dependence.

The criteria for the definite diagnosis of cannabis dependence is based on three or more of the criteria that have been described below within a span of 12 months:

Cannabis is the most commonly abused drug in the United States, Europe and Australia after tobacco and Alcohol. The most common forms of treatments are 12 step programs, rehabilitation programs, detoxification programs and psychological and pharmacological interventions.

Cannabis Use and Dependence: Public Health and Public Policy by Rosalie Liccardo Pacula and Wayne Hall