To a certain extent, attending to one’s appearance represents normal behavior that’s an expected part of everyday society and culture. As with any form of “disorder,” the crossover from normal to problematic occurs when a behavior starts to impair a person’s ability to function in everyday life.

Body dysmorphia, also known as body dysmorphic disorder or BDD, entails a compulsive tendency to obsess over a perceived flaw or defect on one’s body. BDD is classified as a form of obsessive-compulsive personality disorder that focuses entirely on body appearance.

With looks and appearance ranking so high in American society, people experiencing symptoms of body dysmorphia may not even realize the seriousness of the matter. Ultimately, symptoms of BDD can wear away at a person’s quality of life in much the same way any other type of psychological dysfunction can.

Know that there is help available for people with BDD. Call toll free to find treatment today. 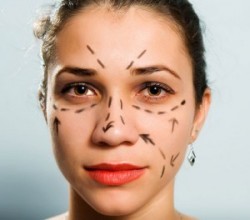 The symptoms of BDD can be so severe that individuals seek plastic surgery to correct perceived physical flaws.

An overwhelming fear of deformity and disfigurement lie at the heart of body dysmorphia. Over time, this obsessive preoccupation takes over a person’s life, not unlike a substance abuse disorder does.

Personality disorders originate within the thinking patterns that dominate a person’s awareness. For BDD suffers, concerns over body appearance play a central role in their overall sense of well-being and quality of life.

Symptoms brought on by BDD interfere with a person’s well-being on multiple levels, some of which include –

In effect, BDD suffers contend with incessant thoughts and worries concerning flaws or defects, which can be real or imagined. These thought patterns overpower a person’s will and ultimately become the focus of what he or she thinks, feels and does.

As with obsessive-compulsive disorder, people with body dysmorphia obsess over one or more parts of the body, such as –

According to the Mayo Clinic, areas most often targeted include-

It’s not uncommon for someone struggling with BDD to obsess over five to seven different body parts at any given time. Not surprisingly, the time and energy required to attend to so many perceived flaws takes a toll on a person’s overall mental and emotional health. Help is available. Call to discuss treatment options today.

When left untreated, symptoms of body dysmorphia grow increasingly worse in severity and consequently take up a larger part of a person’s life. Over time, BDD symptoms start to impair a person’s ability to function effectively in daily life.

According to the U. S. National Library of Medicine, a study conducted on BDD showed –

Body dysmorphia drives those affected to experience profound feelings of shame over perceived flaws or defects. These feelings drive a person to carry out any number of unusual and dysfunctional behaviors since a he or she will go to great lengths to conceal or correct for flawed areas on the body.

As with any personality disorder, indulging in BDD behaviors only works to reinforce the thinking patterns that drive the behaviors. After so long, the brain’s chemical system becomes affected by the emotional ups and downs brought on by the disorder. In effect, symptoms of body dysmorphia become more ingrained within a person’s psychological make-up.

Symptoms of body dysmorphia make take the form of –

The chemical imbalances brought on by body dysmorphia can lay the groundwork for other forms of psychological disorder to take root. More oftentimes than not, someone who’s lived with body dysmorphia for months or years at a time has developed a co-occurring disorder.

According to Harvard Health Publications, co-occurring disorders commonly associated with body dysmorphia include –

When a co-occurring disorder develops, both conditions work to aggravate one another. This means, symptoms of BDD will reinforce or strengthen the other disorder’s symptoms and vice versa. In the process, the brain chemical imbalance underlying both conditions only gets worse with time. If you have a co-occurring disorder, treatment can address that as well. Call for more info.

The degree of emotional turmoil BDD suffers experience make them more so prone to engaging in risk-prone behaviors. This is especially true in cases where perceived flaws are imaginary or delusion-based in nature. Risk-prone behaviors may endanger a person’s safety as well as the safety of others.

A great majority of people suffering from body dysmorphia have gone so far as to contemplate suicide on one or more occasions, with some actually acting on the intent. In actuality, the rate of completed suicides among BDD suffers runs higher than with most every other form of mental disorder.

Someone struggling with BDD may also exhibit violent behaviors towards others out of frustration. This can happen in instances where a person feels mocked by others over “the defect.” People who opt for corrective surgery also have high rates of violence towards their doctors when a surgery doesn’t turn out as expected.

With any form of personality disorder, certain risks factors can make a person more likely to develop a particular type of disorder. Risk factors commonly associated with body dysmorphia include –

Considering the destructive effects BDD can have in a person’s life, it’s essential to get needed treatment help once symptoms of body dysmorphia start to develop. We can help you find the treatment you need. Call today.