Alcohol, medications and toxic materials can all trigger symptoms associated with substance abuse-induced anxiety disorders. The types of drugs known to bring about symptoms include:

Anxiety symptoms can occur during intoxication as well as during withdrawal periods. In more severe cases, someone suffering from this condition can develop psychotic symptoms, such as paranoid delusions and hallucinations. When this happens a substance abuse-induced psychotic disorder is in the making. 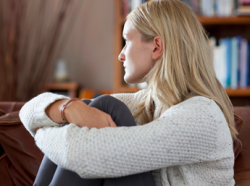 The toll substance abuse takes on a person’s brain and body functions naturally gives rise to anxiety symptoms; and most especially during withdrawal periods. With substance abuse-induced anxiety disorders, the two conditions – substance abuse and anxiety – tend to reinforce one another to the point where a self-perpetuating cycle starts to take root.

With continued drug use, the two conditions become intertwined in such a way that one condition fuels the other while worsening the severity of symptoms a person experiences. Over time, the symptoms of the disorder begin to affect a person’s ability to function normally in everyday life.

Other conditions, such as dementia, delirium and primary psychotic disorders may also cloud the issue as all of these conditions can cause anxiety symptoms.  In most cases, an accurate diagnosis of substance abuse-induced anxiety can only be drawn from conducting a clinical history on a person. This, along with a physical examination that includes chemistry panels, blood counts and urine screens can provide an accurate assessment of anxiety symptoms.