Post-traumatic stress disorder (PTSD) is a severe type of anxiety disorder which typically develops following a traumatic event. While you may experience some degree of anxiety following a trauma, it is important to note that it is possible for you to develop PTSD without experiencing a trauma. If you have this condition, you may also experience flashbacks related to the trauma or stressful event, irregular sleep patterns and/or behavioral changes. Unlike other acute forms of anxiety resulting from trauma, PTSD is a chronic condition that persists for at least one month.

How Many People Have Post-Traumatic Stress Disorder?

Post-traumatic stress disorder is common throughout the world though its prevalence differs greatly from country to country. PTSD is especially common in regions that have experienced war or natural disasters. Also, PTSD is very common amongst soldiers who served in wars. The National Vietnam Veterans Readjustment Study, conducted in the late 1980s, estimated that over 30 % of the men and nearly 30% of the women who served in Vietnam developed PTSD. A decade later, 12.1% of Gulf War veterans were found to have post-traumatic stress disorder and, in 2008, those who fought in Iraq and Afghanistan developed PTSD at a rate of nearly 14%. Although these studies were limited to American veterans, the global numbers are very similar. PTSD is more common amongst women than men worldwide. In studies conducted from 2001 to 2003 in the United States, the lifetime prevalence of PTSD among men was found to be nearly 4%, while nearly 10% of women experienced the disorder. Similar figures can be found in other countries as well. 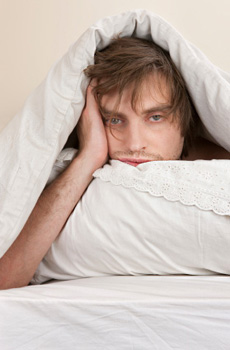 Post-traumatic stress can cause many problems in the persons life.

The primary cause of PTSD is a stressful or traumatic event. It is normal to experience a fear-provoking, traumatic event and recover quickly, but if you have this disorder, you may be more susceptible to stress or lack the necessary support base (such as family or friends) to help you effectively deal with the trauma. Studies have found biological similarities to major depressive and panic disorder, specifically in the area of increased activity in the autonomic nervous system, the system that regulates your heart rate and blood pressure. There is evidence of a genetic component to posttraumatic stress disorder. If someone in your family suffers from a psychiatric illness, your risk for developing PTSD increases. In addition, external rather than an internal locus of control may play a role in the development of the disorder; this means that you may believe that you have no control over your life. You may truly believe that you are at the mercy of others. This type of thinking patterns can lead you to believe that you lack the power to change the past, the present or the future. It is not uncommon, if you have PTSD to believe that you cannot trust in your ability to rise above the trauma. If you are child and you experience a traumatic event, the feelings experienced during the trauma can be reactivated during adulthood if another traumatic event occurs.

What Treatments Are Available For Post-Traumatic Stress Disorder?

In contrast to the Vietnam era, governments and veterans’ organizations are now very aware that people returning from war-zone duty must be screened for posttraumatic stress disorder. This is typically done within 30 days, with regular follow-ups scheduled for at least 90 days. Early detection of PTSD can ensure that you get the necessary help so the disorder does not cause significant impairment in your life. Although antidepressants are prescribed to control the symptoms or PTSD, behavioral therapies have been found to be the most effective in treating PTSD. Conditioned responses are involuntary behaviors/reactions learned during the traumatic event. The triggers typically sounds, smells, etc. that associated with that event. Because the symptoms of PTSD are considered to be a conditioned or learned response, they can be modified or “unlearned.” Exposure therapy is often the therapy of choice. This is done through imagery, in which the therapist asks you to recall an event and confront the thoughts and feelings that occurred during that event in a safe environment. This can take some time but, after multiple sessions, your anxiety declines and your symptoms are reduced or even eliminated. A variety of exposure therapy programs have been developed especially soldiers who have recently returned from combat. If exposure therapy is too stressful, a therapist may use cognitive-behavioral strategies such as asking you to examine your irrational beliefs and thoughts and find more productive replacements for those beliefs. Therapy should continue for at least six months.

Where Can I Find Additional Information on Post-Traumatic Stress Disorder?