Understanding the Different Types of OCD

As one of the third most common mental health disorders in the United States, OCD or obsessive-compulsive disorder exists as one of several anxiety-based disorders. OCD can develop as early as childhood and occurs at equal rates among women and men as well as across ethnic and socioeconomic levels.

People affected by OCD center much of their daily life around overwhelming obsessions and compulsive behaviors. After a certain point, OCD behaviors start to impair a person’s ability to function in everyday life, regardless of the type of OCD involved.

Like most other mental health problems, destructive belief systems drive obsessive-compulsive disorder. The different types of OCD vary based on the type of obsession involved and the thought systems that feed the obsession.

According to Semel Institute, the different types of OCD can be broken down into four main categories:

While each category can house any number of different obsessions, the degree to which these behaviors interfere with a person’s lifestyle is the primary indicator that he or she is exhibiting a type of OCD. Lifestyle effects may include: 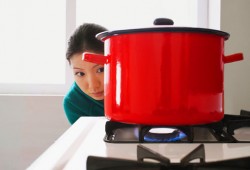 The ‘checking’ type of OCD involves repetitively checking if things are on or off, or are set up correctly, such as a stove, for example.

This type of OCD has to do with safety concerns taken to the extreme. Compulsive behaviors may take the form of:

Fear of contamination in any form can give rise to its own type of OCD behaviors, some of which include:

Ultimately, this type of OCD centers around the fear of illness or even death to oneself or loved ones.

With this type of OCD, compulsions take the form of intrusive thoughts that run through a person’s mind on a repeated basis. Typically, these thought forms represent ideas and actions that repulse and/or frighten the OCD sufferer.

Intrusive thoughts may take the form of:

Someone affected by intrusive thoughts experiences considerable distress and sometimes shame, and is not likely to act on them.

While similar to intrusive thoughts, ruminations entail a train of prolonged thinking regarding a specific theme or question of an existential nature. Themes may center around:

These musings are, for the most part, unproductive. Rather than experience distress or discomfort, OCD suffers rather indulge in ruminations at will. A person can spend hours at a time ruminating to the point where little to nothing else gets done throughout the day.