While most everyone worries about something or other from day to day, worries become a way of life for someone suffering from obsessive-compulsive disorder or OCD. These worries eventually turn into overwhelming actions and behaviors that take over a person’s daily life.

According to the National Institute on Mental Health, one percent of the U.S. population lives with obsessive-compulsive disorder. Of this one percent, over 50 percent have a severe form of OCD. Ultimately, the worse a person’s symptoms are the harder it is for him or her to function in everyday life.

Treatments for obsessive-compulsive disorder work to eliminate harmful worries and obsessions by reshaping a person’s thinking and behavior patterns. Medication treatment may also be used for people living with more severe forms of OCD. 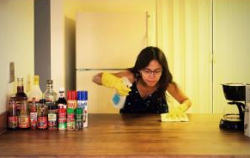 You don’t have to suffer with your obsessive compulsive disorder symptoms any longer!

Systematic desensitization techniques gradually expose a person to the types of anxiety-producing situations that prevent him or her from carrying out normal daily tasks. For example, someone who suffers from compulsive hand-washing would gradually reduce the frequency of hand-washing until a more normal behavior pattern takes shape. Using flooding techniques, a person is fully exposed to a difficult situation while using one or more relaxation techniques.

Saturation, a technique commonly used by cognitive behavioral therapists, involves having a person direct his or her full concentration on one obsessive thought. By repeating this exercise in 10 to 15 minute intervals on a daily basis, the obsession loses its strength or hold over a person’s behavior.

Another technique, known as thought-stopping, involves having a person stop obsessive thinking patterns by first identifying them and then averting them in some way. Aversion tactics can take any number of forms, such as wearing a rubber band on the wrist and flicking it whenever an obsessive thought pattern enters the mind.

Medication treatments have been successful in treating most forms of obsessive-compulsive disorder including those caused by chronic infections. Medical advancements in neuro-imaging have enabled researchers to identify the specific areas of the brain that contribute to obsessive-compulsive disorder. Incidentally, these same areas sit right next to the areas that cause tick disorders, such as eye-twitching and Tourette’s Syndrome.