Do I Have Mixed Anxiety-Depressive Disorder?

Depression disorders can vary in severity, duration and types of symptoms. While anxiety exists as a disorder in its own right, symptoms of depression and anxiety can and do overlap in many cases.

People struggling with symptoms associated with anxiety and depression may be exhibiting symptoms of each disorder in different ways, such as –

According to the World Health Organization, someone suffering from a mixed disorder experiences both conditions at an equal intensity. This means, neither depression nor anxiety symptoms exist at such an extent that a single diagnosis of one or the other can be made. In effect, the two conditions feed into one another and exist as one single disorder.

As depression and anxiety disorders tend to share many of the same symptoms, it can be difficult to determine whether a mixed disorder is at work. In order for mixed anxiety-depressive disorder to apply, the following criteria must be met –

In addition, at least four of the following symptoms must also be present –

Certain risk factors can increase the likelihood a person will develop mixed anxiety-depressive disorder. Risk factors to watch out for include – 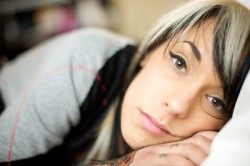 A number of factors can contribute to mixed anxiety-depressive disorder. Help is available!

Many of the above risk factors also apply for depression disorders in general. In most cases, a combination of environmental, biological and psychological factors all play a part in when and if a mixed disorder will develop.

Ultimately, a mixed anxiety-depressive disorder restricts a person’s lifestyle to the point where his or her social and emotional well-being undergoes considerable decline. Over time, a person may see his or her appetite diminish as symptoms intensify.