Did you know that anxiety disorders are the most common type of mental illness in the United States? According to the Anxiety and Depression Association of America, these disorders affect approximately 40 million people age 18 and older.

“Anxiety disorders affect one in eight children. Research shows that untreated children with anxiety disorders are at higher risk to perform poorly in school, miss out on important social experiences, and engage in substance abuse.”

As you can see, not only is this a big problem in children, affecting roughly 12.5 percent, but it can lead to a variety of additional concerns. 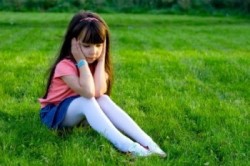 Knowing the symptoms of childhood panic attacks will help ensure your child gets the help they need.

As a parent, it is important to take note of any symptoms that suggest the presence of a panic attack. In some cases, it may appear that a child is having a panic attack, but in all actuality they are simply having a bad day. Conversely, there are times when this is the exact problem. It is particularly important to track how often the attacks happen. If this appears to be a trend, there is a good chance your child is dealing with panic attacks. Know that there is help available to your child. Call us toll free at 800-598-5053 (Who Answers?) for a free consultation.

What does a Panic Attack or Disorder Look Like?

If you don’t know the answer to this question, you are not alone. Many people want nothing more than to do what is best for their child, however, they don’t have the knowledge to pinpoint this condition and determine which type of treatment is best.

It is important to know what a panic attack or disorder looks like.

Note: panic disorder does not always look the same in children as adults. The reason for this is that most children report the physical symptoms of the attack, not the psychological ones.

Here is the one word you must become familiar with: unpredictability. Does your child become frightened in a particular situation, such as when meeting a new person? If so, this may not be the sign of a panic attack, but instead a phobia.

Panic attacks can cause a lot of trouble for a child, both at home and in other aspects of their life, such as at school. Your child does not have to struggle with this alone. Call 800-598-5053 (Who Answers?)  for help today.

Now that you know the basics of child panic attacks, it is time to take a closer look at the many symptoms that often times accompany this disorder. The more you learn about these symptoms, the easier it becomes to focus in on the problem and find a solution.

No two children are exactly the same. For this reason, no two children with panic disorder are going to react in an identical manner. That being said, there are a number of symptoms that often times present themselves. These include but are not limited to the following:

If you believe your child is suffering from anxiety and panic attacks, they should see a professional counselor. Call 800-598-5053 (Who Answers?)  to connect with a counselor today.

Some people are under the belief that panic disorder cannot be treated. Fortunately, this is not true. There are many options to consider, including the following:

Along with the above, there are medicines that have been proven effective in the treatment of panic disorder. While none of these have been approved specifically for panic disorder in children, the following are often times prescribed:

There are many different types of panic attack treatments that can help your child, and that can be confusing. Let us help you make sense of it all. Call 800-598-5053 (Who Answers?)  today.

As noted by the National Institute of Mental Health, “anxiety is a normal reaction to stress.” While this can be helpful to the body at times, it can also lead to a panic attack.

Just the same as adults, children can suffer from a variety of anxiety disorders, including panic attacks. As a parent, you should learn as much as possible about this condition. This way, if your child goes down this path, you will be in position to provide assistance and seek the best possible treatment.