The Dividing Line: When Does Opiate Abuse Become Opiate Addiction?

Unlike stimulants and hallucinogens, opiate drugs produce the type of calming, relaxing effects that can make a person underestimate their impact. As harmless of opiate abuse may seem or “feel,” it’s actually one of the most dangerous forms of drug abuse around.

If you need information on opiate addiction treatment programs, call our toll-free helpline at . 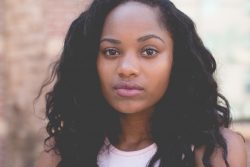 While a person may well start out taking opiates as a treatment drug, it’s the opiate “high” that lures him or her into opiate abuse practices. According to the Clinical Journal of Pain, this “high” effect stems from an influx of dopamine and serotonin into the brain. Opiates stimulate the release of these neurotransmitters in abnormally high amounts.

In effect, the opiate “high” keeps the ball rolling in terms of its ability to keep a person using the drug when he or she no longer needs it.

Prolonged opiate abuse will bring on withdrawal effects, which indicate the body has become physically dependent on the drug. While withdrawal effects can and often do drive continued drug use, a person can still stop using the drug at will at this stage, according to the University of Arizona.

In effect, people who are still in the opiate abuse stage retain the ability to choose to get “high.” With continued drug use, this power to choose gradually goes away.

Over time, the brain chemical imbalances that opiate abuse breeds become so severe as to change how the brain works. A person has crossed over from opiate abuse to opiate addiction once the drug’s effects start to interfere with the “thinking” areas of the brain.

Once addicted, users starts to lose interest in the things they once considered important. Priorities also start to change, meaning getting and using opiates begin to occupy much of a person’s time, energy and attention.

It’ll Never Happen to Me! 5 of the Best Excuses to Keep Abusing Opiates

More than anything else, signs of a growing opiate addiction show up in a person’s daily lifestyle on multiple levels. At this point, a person’s psychological makeup has changed in drastic ways.

Lifestyle changes characteristic of an addiction problem include:

In essence, signs of opiate addiction will continue to grow more severe the longer a person keeps using the drug. Chronic health problems, psychological disorders and even homelessness can result when opiate addiction is left untreated.

If you or someone you know is considering getting treatment help, call our helpline at to ask about opiate addiction treatment options.