Am I Self-Medicating Emotional Issues via Opioid Abuse?

Dysfunctional childhood conditioning can really do a number on a person in adulthood when no steps have been taken to undo unhealthy behavior patterns. Ultimately, a less than healthy upbringing complicates daily life in so many ways, making it difficult for a person to interact with others let alone thrive as an individual.

By the time adulthood rolls around, destructive behavior patterns have made an imprint on the brain’s chemical system. For someone in this boat, feelings of stress and/or emotional turmoil occur on a regular basis, leaving the brain searching for ways to restore some semblance of equilibrium within its chemical system.

For these reasons, people struggling with unresolved emotional issues remain at high risk of turning to substance abuse as a means for coping with daily life pressures. According to the Substance Abuse and Mental Health Services Administration, an estimated 8.9 million Americans battle both substance abuse disorders and psychological problems brought on by emotional issues. With opioid abuse ranking number two as the most common form of illicit drug use, it’s not uncommon for someone living under these conditions to fall into opioid abuse practices.

Opioid Effects in the Brain 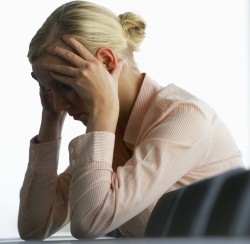 Opioid abuse causes chemical imbalances in the brain, which eventually leads to one becoming dependent on the drug to feel normal.

As highly effective pain relieving agents, opioids work by slowing down chemical interactions in the brain and central nervous system. These effects essentially block incoming pain signals from reaching the brain, and thereby reduce or eliminate the severity of pain symptoms.

In order to do this, opioids force the brain to increase its output of endorphin chemicals, substances that function as the body’s own pain relieving agents. When taken as prescribed, opioid interactions in the brain pose little risk; however, increasing dosage amounts or dosage frequencies triggers a cycle of adverse effects that open the door for opioid abuse practices to take shape.

The Brain’s Response to Opioid Abuse

For someone harboring unresolved emotional issues, feelings of depression and anxiety can gradually become the norm rather than the exception over time. According to University of Utah Health Sciences, people in this condition may well develop an underactive reward pathway in the brain, which makes it difficult to experience pleasure in general on a day-to-day basis.

At the outset, opioid abuse practices stimulate the brain’s reward pathway, offering a quick fix in terms of relieving unsettling emotional undercurrents. Over time, opioids cause damage to chemical-producing cells in the brain, damage that ultimately leaves the brain’s chemical system dependent on opioid effects to function normally.

Once opioid abuse patterns take hold, a person becomes trapped inside a cycle of dependency that eventually turns into addiction. Meanwhile, opioids create an ever-increasing state of brain chemical imbalance that only works to worsen a person’s overall emotional health.

Self-medicating emotional problems through opioid abuse not only opens the door for addiction, but also sends a person on a downward spiral of emotional instability and despair. Without needed treatment help, the mechanisms that drive addiction soon become enmeshed with emotional dysfunction to the point where recovery becomes that much more difficult over time.

If you or someone you know struggles with opioid abuse and have further questions, please don’t hesitate to call our toll-free helpline at 800-598-5053 (Who Answers?)  to speak with one of our phone counselors.