Methamphetamine exists as one of the most addictive drugs on the market with no known medicinal purpose to its name. In effect, this drug stimulates signal communications between the brain’s neurons and circuits to the point where it depletes vital neurotransmitter chemical supplies over time, according to the National Center for Biotechnology Information.

Methamphetamine’s Effects in the Brain

As with any addictive-type drug, methamphetamine’s effects result from its ability to disrupt normal chemical pathways in the brain.

The cumulative effects of a methamphetamine addiction leave users in a continuous state of emotional turmoil that’s only marginally relieved by ongoing drug use, according to the Montana Department of Public Health & Human Services.

The chemical structure of methamphetamine closely resembles that of dopamine, one of the brain’s central neurotransmitter chemicals. This similarity opens up the door for methamphetamine to take over brain chemical processes. Over time, the drug creates a dependency cycle where brain cells come to depend on methamphetamine’s effects to function at all.

Methamphetamine addictions create a state of chemical imbalance that inevitably affects the brain’s limbic system, which regulates a person’s emotional states. As the brain operates off a delicate balance of chemicals, abnormal increases in dopamine set off a chain reaction that disrupts other neurotransmitter chemical outputs.

As a result, the psychological effects of methamphetamine addiction take many forms, some of which include –

These effects only worsen in intensity for as long as a person remains addicted to the drug.

Methamphetamine addicts go through three phases during the course of any one drug-using episode. In turn, a person’s psychological state undergoes drastic changes in the process. 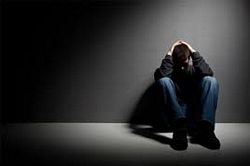 Coming down from meth, or ‘crashing’, involves symptoms of a depressed mood, anxiety, paranoia and much more.

These phases reflect the damaging effects methamphetamine addiction can have on a person’s psychological well-being.