Finding Help for the Effects of Inhalant Abuse

Inhalant abuse can have extremely problematic and even dangerous effects whether the individual has just started using inhalants or has been abusing them for several months or more. Knowing how and where to find help for the effects of inhalant abuse could be life-saving as well as extremely beneficial a person who may have lost control of their inhalant use.

Where Can I Find Help for the Effects of Inhalant Abuse?

Depending on the effect the individual is experiencing, there are many places you can go to find help for them. An inhalant abuser can experience severe and even life-threatening effects from high doses of inhalants and long-term abuse can also cause issues that are not easily remedied. 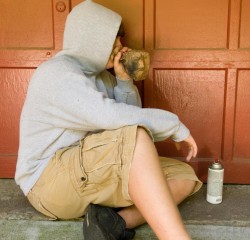 Huffing, or using inhalants, is a very dangerous practice. Treatment can help you overcome safely!

As stated by the NIDA, “According to the 2010 National Survey on Drug Use and Health (NSDUH), there were 793,000 persons aged 12 or older who had used inhalants for the first time within the past 12 months; 68.4 percent were under the age of 18.” Young adolescents are especially susceptible to inhalant abuse and should be treated or helped as soon as possible so that their abuse of inhalants does not become worse.

Some of the common places you can find help for the effects of inhalant abuse are:

You can also ask for help from:

Life-Threatening Effects of Inhalant Use

There are life-threatening effects of inhalant use and, according to the NIDA Teen, they can occur “even after just one use.” Some of these extremely dangerous effects are:

Any of these effects can happen to someone who is abusing inhalants, whether they have been doing so for days or years. They can all be deadly, and help should be found right away before the individual’s condition gets worse.

In this case, you must call 911 immediately to get help for the individual. Tell the operator everything that has happened and that the person who was abusing inhalants is in extreme danger. Stay with the person until the ambulance arrives and then take the chemical or inhalant they used to the hospital so the doctor will know what caused the effects.

According to CESAR, “Sustained inhalant abuse can cause” dependence where the individual relies on these substances to feel normal. If the person stops abusing inhalants suddenly, “withdrawal symptoms develop after use is stopped. These symptoms can include”

These effects can be dangerous as a person experiencing issues like seizures and hallucinations can become hurt without realizing it. When someone is experiencing withdrawal effects from inhalants, it is important for them to be treated immediately.

Taking the individual to a hospital or emergency clinic could be necessary if they are experiencing full-blown seizures, hallucinations, or severe agitation. If the person is only dealing with mild withdrawal symptoms, they might be stable enough to go to a treatment center or detox facility where they will be able to settle into a controlled environment with treatments that will help lessen the withdrawal symptoms.

The NIDA states, “Although it is not very common, addiction to inhalants can occur with repeated abuse.” When someone becomes addicted to inhalants, they will not be able to stop abusing the substances, even if they know that they are unhealthy for them. Inhalant abuse can become an addiction if it is consistent and the substances are abused in high amounts.

Some of the other effects associated with inhalant addiction are:

If you need someone to talk to because you believe you might be addicted to inhalants, a teacher, parent, or counselor will be able to help you as well.

Other Health Effects of Inhalant Abuse

There are other major health effects caused by inhalant abuse as well. Most are caused by long-term abuse, but some can appear early on. They are:

Some of these issues can be easily reversed while others may take time. In some cases, it can be very difficult to reverse the effects of long-term inhalant abuse. But seeking help from your doctor is the first step unless you are already in a clinic for inhalant abuse treatment.